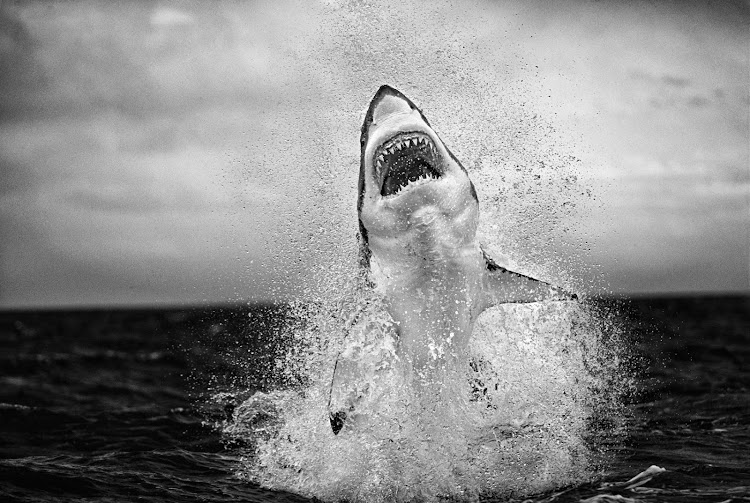 Fallows was awarded the coveted Global Eye Award during this year’s STARTnet Fair at Saatchi Gallery in London between October 21 and 25.

The image, which showcases a great white shark breaching the surface of the ocean in a leap rarely seen, forms part of his limited edition body of works called “The Eleventh Hour”. Fallow described the award as a “great honour that I am truly proud of, especially considering the incredible talent of my fellow artists”.

“I am particularly grateful for the chance to share the magnificence of the iconic creatures we share our planet with and hope this further elevates the cause to learn to exist alongside them,” he said.

He described his limited edition fine artworks as “incredibly powerful, and their message resonates a call for change”.

As humans, we need to see something with our own eyes to care about it

“We’re highly visual creatures, and it is a well-known fact that a strong connection between visual imagery and empathy exists. As humans, we need to see something with our own eyes to care about it. Each of the 12 works presented in The Eleventh Hour conveys a message, and I hope they help to spread awareness on wildlife conservation issues and ignite conversations around this,” he said.

The announcement took place on the same week as the launch of Best of Cape Town — a curated five-day programme that showcases the best art, food and wine Cape Town has to offer.

The programme will be hosted in partnership with Cape Town, SA Tourism, various art galleries, restaurants and wine farms in July next year, and will feature special events and exhibitions.

Best of Cape Town will go on tour to the 2021 STARTnet Art Fair at Saatchi Gallery, where a young emerging chef, artist and wine maker will have the opportunity to showcase their work and the Best of Cape Town to a global audience.

Founder and chairman of STARTnet and the Global Eye programme, David Ciclitira said: “Having to decide an overall winner from our four fantastic semi-finalists was no easy feat, but we feel that Chris Fallows' 'Air Jaws', is truly deserving of the winning title.”