Sgt Vorster Netshiongolo, the third suspect in the murder, wanted to be released based on 'new facts' 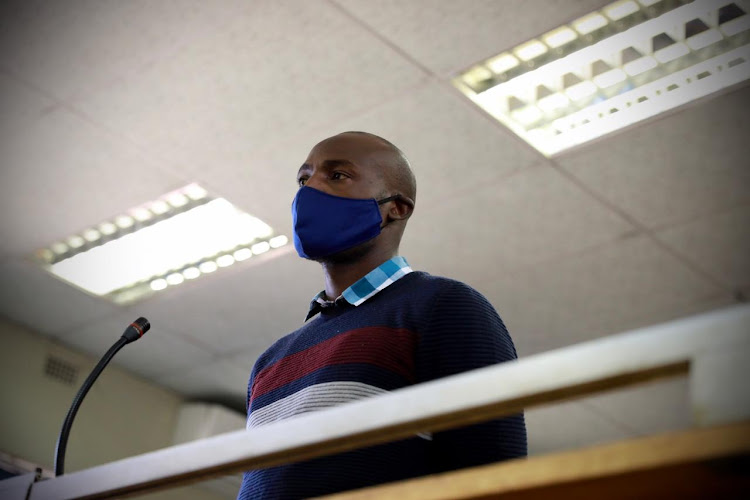 Vorster Netshiongolo appeared at the Protea magistrate's court on October 29 2020 in connection with the murder of Nateniël Julies in Eldorado Park. The matter was postponed to December 1 2020.
Image: Sebabatso Mosamo/Sunday Times

The bail bid by one of the three suspects in the murder of Eldorado Park teenager Nateniël Julies could not proceed on Thursday.

Sgt Vorster Netshiongolo, the third suspect in the murder, wanted to be released based on “new facts”.

But the Protea magistrate’s court in Soweto heard that the magistrate handling the case was dealing with urgent matters in Johannesburg.

State prosecutor Mzwandile Mrwabe told the court that he was not aware of the new facts that were expected to be presented.

Mrwabe said he met the defence team in chambers and asked for details in advance - but “up until now we are not aware of those new facts”.

An attempt by Sgt Vorster Netshiongolo to be released on bail based on "new facts" was halted on Thursday.
News
1 year ago

He told the court that the state was “looking at the future”, and they needed the details to avoid prolonging the matter.

Netshiongolo's newly appointed lawyer, Onke Maseti, argued that he made it “clear” that he was not going to provide the state with details of the bail application containing the new facts.

“I made it clear [that] if something needs to be verified then the state will be given an opportunity to do so,” he told the court.

However, magistrate Ndivhuwo Sethusha told Maseti that he was “shooting himself in the leg” by not providing the state with details.

Netshiongolo, who was clad in formal attire, sat quietly in the dock. He held a few A4 pages in his hand.

Julies’ mother Bridgette Harris sat in the front row of the packed court. She was clad in a black T-shirt which had “#Saymyname, I am Nateniël, you are Nateniël, we are Nateniël,” written on it in white.

His father and stepfather sat in the same row. 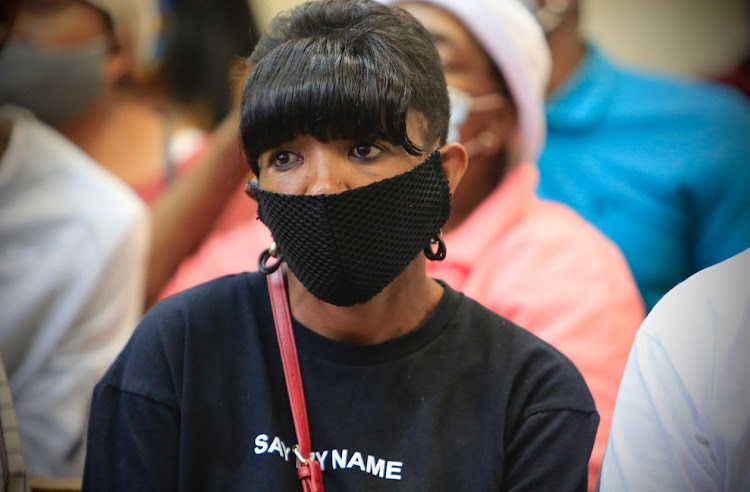 Netshiongolo made the application in the same court a few weeks ago. During his last appearance on October 15, the matter was halted as the court did not have running water, forcing it to close.

Netshiongolo, who was not present that day after a miscommunication between the department of correctional services and the prosecution, had also changed his legal representation.

Sgt Scorpion Simon Ndyalvane, Const Caylene Whiteboy and Netshiongolo were denied bail on September 28 in connection with the murder of 16-year-old Julies.

Ndyalvane and Whiteboy were charged with premeditated murder, defeating the ends of justice, discharging a firearm in a public space and unlawful possession of ammunition.

They are accused of shooting and killing Julies on August 26 before rushing him to Chris Hani Baragwanath Hospital in Soweto.

The matter was postponed to December 1.