'My face may be on the ballot paper in 2024': Duduzane Zuma definitely venturing into politics 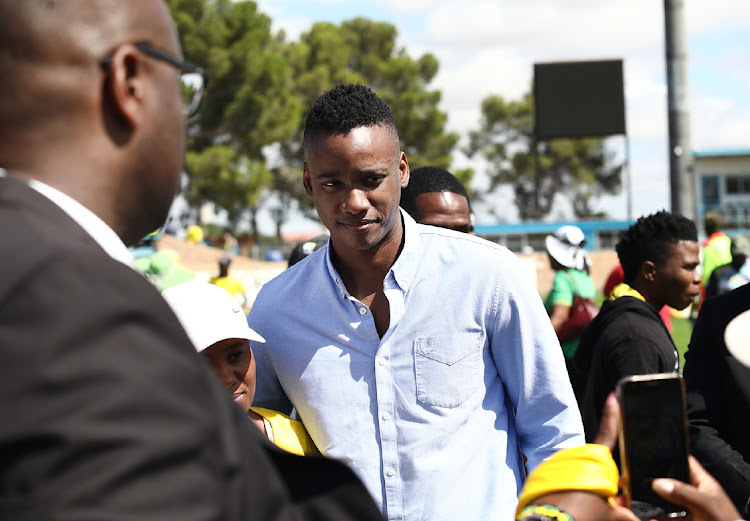 Duduzane Zuma has big plans for a move into the political arena.
Image: MASI LOSI

The son of former president Jacob Zuma on Thursday made clear his political ambitions and confirmed he would most definitely walk in his father’s footsteps when it comes to his political journey.

Businessman Duduzane Zuma said he may feature on the next ballot papers in the 2024 elections.

“2024 elections you might see my face on the ballot paper. As a matter of fact, there is a strong chance of that,” he said.

He was speaking during an interview with Newzroom Afrika, during which he said he had observed that many people in the current ANC administration were failing to step up.

Zuma junior believes he is what the party needs to return to its “former glory”.

“I believe at this point, there is a lot of confusion that’s being put forward by the leadership that exists in the ANC,” Duduzane said.

Corruption in SA was not born in 2012, says Duduzane Zuma

Former president Jacob Zuma’s son, Duduzane, on Thursday said he agreed with his father that the state capture commission, led by deputy chief ...
Politics
1 year ago

Earlier this year, questions were raised about whether he was cementing his place in the ANC when he was a prominent feature at ANC rallies for the January 8 celebrations.

Duduzane would not be drawn into speaking about what others had labelled as “nine wasted years” his father spent as president, characterised by mass allegations of state capture, corruption and fraud.

“I want to talk about the next 10 years and what we need to do to get South Africa back to its credible state and being a global leader,” Duduzane said.

He was aiming to rise within the ranks of the ANC branches.

“I am doing [this] via the people who have the hope and trust in me to do so. Whoever rides with me, I am going to ride with them.

“I am an ANC member. The ANC [brought] me up ... I think there is a gap in youth leadership and business gatekeeping.”

He was quick, however, to clarify that he was not gunning for the position of the ANC Youth League leader.

[LIVE] Duduzane Zuma tells @XoliMngambi and @sbungalwa why he is no longer in business with the Guptas.