A man was seriously injured in Makhanda (formerly Grahamstown) late on Tuesday night when he appeared to lose control of his car at a traffic circle before smashing into the garden wall of the historic St Andrew's College school chapel.

A street camera captured the dramatic moment in which the car is seen soaring high over the traffic circle outside the school before smashing into the chapel.

WATCH | Makhanda flying car captured on camera as it crashes into chapelhttps://t.co/Ug6CgSTbjK pic.twitter.com/eNgsJVbuZu

Police spokesperson captain Mali Govender said the driver was bleeding badly, including seemingly from the ears and was rushed to hospital.

She said details remained sketchy but an accident report had been opened and an investigation was underway.

Reports that the driver was an SANDF soldier could not be confirmed. 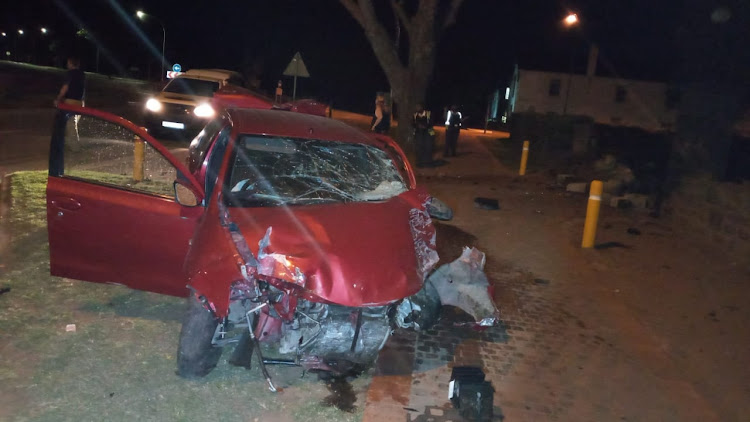 The wrecked car on the pavement outside the St Andrew's College school chapel.
Image: SUPPLIED

Speeding, reckless, negligent and drunken driving were blamed after nine people died on Eastern Cape roads over the weekend.
News
1 year ago

Witnesses who rushed to the site of a burning plane after it crashed in Kirkwood will be haunted forever by the smell of burning flesh. A farm ...
News
1 year ago