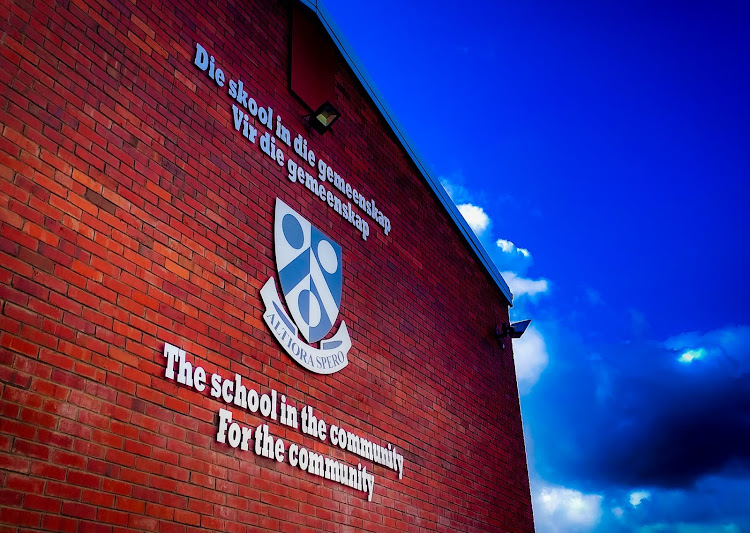 EFF members protesting against alleged racism at a high school in Cape Town were confronted by stick-wielding parents in a stand-off that ended in a street brawl on Monday.

The parents told protesters in no uncertain terms to “f-off” and then fists, expletives and rocks flew, forcing the protesters to scatter.

Police used stun grenades to halt the clash as rocks were hurled across the street between the parents and protesters. At least one person was arrested.

Police had their hands full outside Brackenfell High School where parents with residents in the area clash with @EFFWesternCape_ over alleged racism at the institution @TimesLIVE @SundayTimesZA @SowetanLIVE @BDliveSA @DBE_SA pic.twitter.com/QR8svGlgbv

Sunday Times Daily reported last week that an unofficial matric ball organised by parents at the school had stirred up racial tensions after it emerged  it had been attended exclusively by white pupils.

The event was organised by a group of Afrikaans-speaking parents in Brackenfell after the school was forced to call off its official matric ball due to Covid-19 regulations.

Two teachers attended the private event, and the red berets demanded last week that they be axed.

EFF Western Cape will be picketing outside Brackenfell High School on Monday 9 November from 7h30am to confront racism head on. Fighters, we have an appointment with history, haak! @EFFSouthAfrica @mmokausem pic.twitter.com/Ao2UIUvJd0

Western Cape education department spokesperson Bronagh Hammond told Sunday Times Daily that the event was private and the school “had nothing to do with the organisation or management of that event. Two educators were invited as guests”.

A former pupil interviewed outside the school after the clashes accused the EFF of “trying to cause nonsense”.

“It is alleged a member of the public fired shots. A case of attempted murder was opened for investigation. A 39-year-old suspect who is yet to be processed was arrested,” said Rwexana.

“Police took action to disperse the crowd. No injuries were reported and no other arrests were effected at this stage. A case of public violence will be opened for investigation. Police will remain in the area until law and order is restored.”

EFF to approach public protector over alleged corruption at NSFAS

The EFF has called for the resignation of National Student Financial Aid Scheme head Randall Carolissen, amid claims he flouted recruitment policies ...
News
1 year ago