Others would have to subsidise him, says Cape Bar Council after Anton Katz's resignation 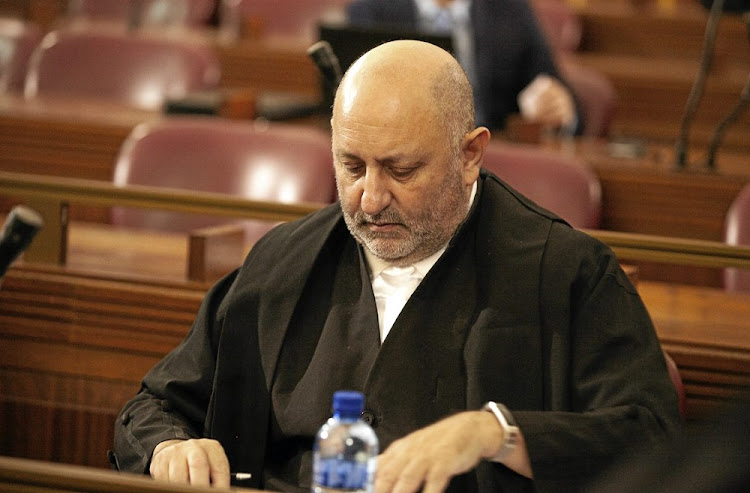 If the Cape Bar Council had given Anton Katz an exemption from keeping chambers, other members - including black and women juniors and members suffering financial strain - would have had to pick up the cost, the bar council said on Tuesday.

In his resignation letter, he said the bar council’s current requirement to keep chambers approved by the Bar Council unless exempted for “good cause” was “outdated and arguably unconstitutional”. He said it often had a severe effect on junior black and female members.

In a statement, the chairman of the Cape Bar Council, Brenton Joseph, said Katz’s reason for asking for an exemption was not because he could not afford it or because he was historically disadvantaged, but “on account of undisclosed personal circumstances”.

When asked to give further information, he declined and resigned instead, said Joseph.

Hlophe attacks Mogoeng’s ‘lack of integrity’ in spat with deputy

“To have declined the request [for an exemption] on these facts can by no means be termed anti-transformative. On the contrary, it avoids a situation of historically disadvantaged persons subsidising the costs of privileged members such as Katz,” he said.

Joseph said the duty to keep chambers was not only a rule of the Cape Bar, but was also one of the requirements of the Code of Conduct for All Legal Practitioners, under the Legal Practice Act. The code also required counsel to consult with attorneys, clients and witnesses at chambers. Only if this cannot conveniently be done would another space be considered appropriate.

The rationale for the rule included encouraging members to be in physical proximity with each other and facilitating access to one another, transferring skills and sharing resources. It also made sure advocates stayed close to the high court.

“The geographic fragmentation of the Bar will dissipate the cohesive collegiality of our association and nullify the range of transformation measures employed to assist flailing junior practices, inject financial assistance where it is required, and recruit more persons from disadvantaged backgrounds to reflect the demographics of the Western Cape and SA,” said Joseph.

Members are afforded an opportunity to apply for chambers within their financial means.

He said the Covid-19 pandemic had highlighted the need for the Cape Bar to revisit its housing policy, and said this process was ongoing.

However, he said it was not correct to say, as Katz did, that the policy had a severe effect on junior black and female advocates.

“On the contrary, members are afforded an opportunity to apply for chambers within their financial means,” said Joseph.

There were bursaries and loans available for juniors and the bar had recently implemented a “Scottish Chambers Model” which allowed juniors to rent a desk and share consultation rooms rather than rent chambers.