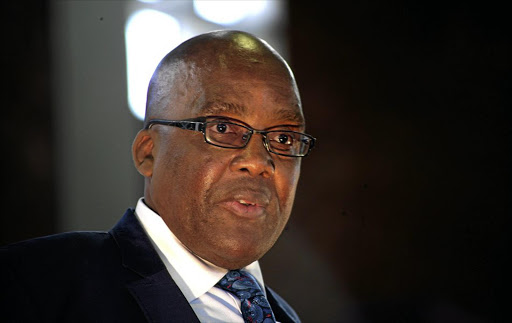 Home affairs minister Aaron Motsoaledi has defended his department and said the security cluster and other departments should also be held responsible for Shepherd Bushiri and his wife Mary fleeing to Malawi.
Image: SANDILE NDLOVU

Home affairs minister Dr Aaron Motsoaledi defended his department on Tuesday when MPs grilled him about the escape of controversial church leader Shepherd Bushiri and his wife Mary.

Motsoaledi said home affairs should not be solely blamed for the couple's escape because the matter involves other government departments.

The Bushiris are a hot topic in SA after they announced they had skipped the country last week for Malawi, their home country, due to safety concerns.

The minister denied the couple may have escaped with the help of Malawi's president, Lazarus Chakwera, who flew to SA last week for a meeting with President Cyril Ramaphosa.

Home affairs minister Aaron Motsoaledi has revealed that fugitive Shepherd Bushiri and his wife Mary did not use any of SA's official ports of entry ...
News
8 months ago

Here are five responses from Motsoaledi:

The Bushiris have five passports each

Not just a home affairs matter

“The matter of Bushiri, chairperson, is not solely a matter of home affairs, as many people have been saying. The whole security cluster is also involved, which means the department of home affairs, department of justice, the police together with the Hawks, the minister of state security, the minister of defence and the international relations and cooperation minister. All those clusters and ministers are involved in this matter.”

A warrant of arrest was on Monday issued for self-proclaimed prophet Shepherd Bushiri and his wife Mary after their escape from SA last week.
News
8 months ago

“We got involved in this matter sometime last year when the Hawks were investigating cases of criminality, fraud, corruption and money laundering. In the course of that investigation, the Hawks came across identity documents that were problematic to them, that had lots of inconsistencies.”

The last time the Bushiris officially went through SA borders

Bushiris did not escape on Malawi president's plane

“The passports were matched with the photos and faces of the members who were there and they went into the plane. Before the plane departed, it was definitely searched for the second time. Having convinced themselves there was no sign of Mr and Mrs Bushiri, the plane was allowed to depart.”

Our borders are porous

“It is common cause that we are suffering from porous borders in this country. We believe people who are a flight risk can go through any of our porous borders.”