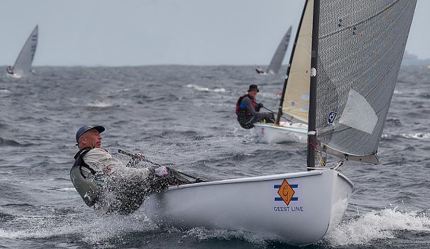 Phillip Baum says it is vitally important for Africa to have a voice at the top table of World Sailing.
Image: SOUTH AFRICAN SAILING/ FACEBOOK

South Africa’s newly elected World Sailing board member‚ Philip Baum‚ says he is committed to growing the sport in Africa.

“It is vitally important for Africa to have a voice at the top table‚” said Baum‚ who recently became the first person from the continent to be elected to the world governing body’s executive.

He is one of seven elected board members who are called vice-presidents.

“The Youth Olympic Games take place in Senegal in 2026‚” he said in a statement issued by SA Sailing‚ of which he used to be president.

“This is a very special opportunity to showcase the sport in Africa and persuade governments across the continent as to the educational value of making sailing a school sport.

“It is also a unique chance to develop commercial activity and create jobs by selling boats of all descriptions‚ be they yachts or motor vessels.”