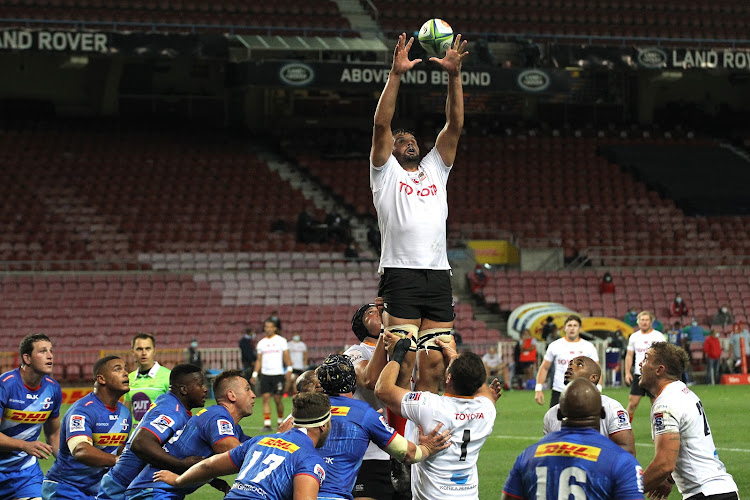 Ian Groenewald of the Toyota Cheetahs takes the line out ball during the Super Rugby Unlocked match against the DHL Stormers at Newlands Stadium in Cape Town on November 14 2020.
Image: Shaun Roy/BackpagePix

The Stormers have had to make peace with the arrest of their performance curve that was starting to point distinctly skyward.

Their admittedly faint Super Rugby Unlocked title ambitions were extinguished by the cancellation of their final match against the Sharks‚ thus effectively handing the trophy to the Bulls.

What would have been most frustrating for John Dobson's side was that they were just starting to hit their straps after some inconsistent performances earlier in the campaign.

The Stormers' mildly humiliating defeat at Loftus Versfeld against the Bulls was followed by a performance of purpose and substance away to the Griquas in Kimberley‚ and at home against the Cheetahs last weekend.

Sharks vs Stormers game cancelled due to Covid-19 outbreak

The Super Rugby Unlocked game between the Sharks and the Stormers that was scheduled to take place on Saturday has been cancelled due to a Covid-19 ...
News
11 months ago

The form of capricious flyhalf Damian Willemse has been particularly pleasing for the coach.

They may not have overhauled the Bulls to the Super Rugby Unlocked crown but could potentially have taken much needed momentum‚ not to mention log points into the Currie Cup had their current campaign come to a more time worn conclusion.

“We felt we started to get momentum as a team‚” said assistant coach Dawie Snyman.

They have had to accept the decision that effectively pulled the plug on any late drama on the last weekend of the competition.

“It is out of our control. There is nothing we can do about it. We will just focus on what we can finish up with this week and start to prepare for next week‚” said Snyman.

With this tournament just about settled‚ the Stormers' players and coaches can turn their attention to the Currie Cup that starts next week.

They would no doubt have preferred to see combat this week in preparation for the visit by the Bulls to Newlands.

“It is going to be a big game – the last game at Newlands between Western Province and the Bulls‚” Snyman said‚ unless of course they end up meeting as the competition climaxes in January.

“Obviously‚ it will be a massive game against the Bulls but it is also a chance to continue our long-term development as a team going into the semi-final and final next year.”