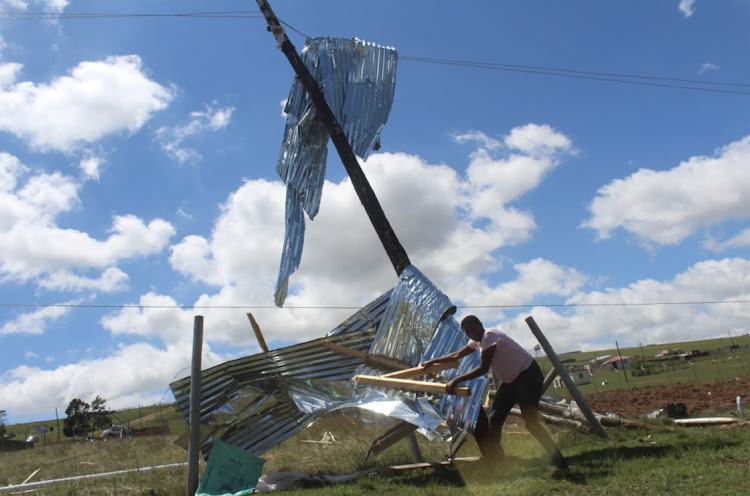 Scores of Mthatha residents are still picking up the pieces after a storm wreaked havoc on Tuesday evening.
Image: ZIYANDA ZWENI

Human settlements minister Lindiwe Sisulu has reacted with shock at the carnage caused by a devastating tornado which hit parts of OR Tambo District, saying "it was shocking beyond what was initially thought".

The confirmed number of deaths now stands at four.

District mayor Thokozile Sokhanyile said they would convene an urgent council meeting to declare it a disaster.

Nearly 400 people in KSD's Ward 14 have been left homeless.