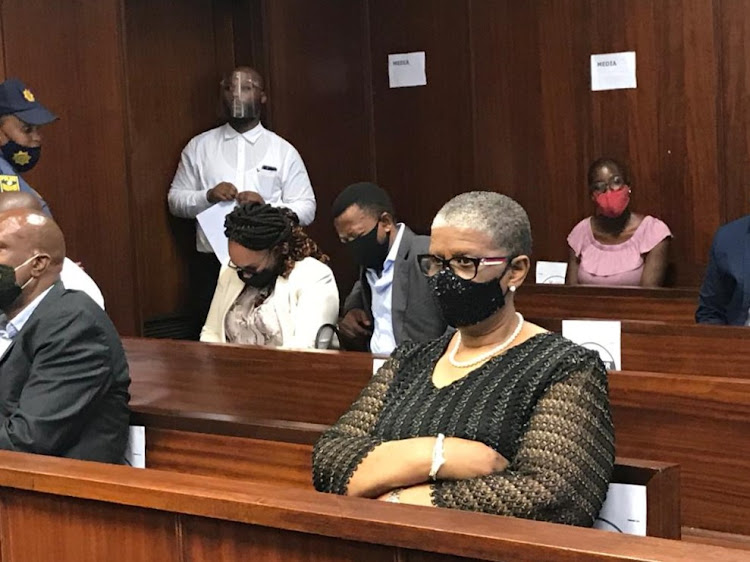 A tug-of-war played out in the Durban specialised commercial crimes court on Thursday when attorneys and advocates representing former eThekwini mayor Zandile Gumede and 17 of her co-accused attempted to get their hands on a 741-page forensic audit report.

The finalised report is expected to provide details of charges for each accused, but would also lay bare how a 2016 Durban Solid Waste tender, amounting to R430m, was allegedly captured within the heart of the eThekwini municipality.

Senior state prosecutor Ashika Lucken said the state had finalised the report, but needed to properly organise the 75,000 pages of annexures and exhibits that form part of it.

However, the defence scoffed when the state requested magistrate Dawn Somaroo to afford them a postponement of three and a half months to properly number, scan and peruse the complete report before handing over electronic copies to the defence.

Lucken said despite the report being finalised, the prosecution team had not yet been handed a copy and that the original was under lock and key in a safe location.

The state has agreed to finalise its forensic audit report into the R430m corruption scandal involving former eThekwini mayor Zandile Gumede and her ...
News
1 year ago

A forensic auditing firm mandated by the national head of the Directorate for Priority Crime Investigation (DPCI) has been put in charge of all processes related to the report and the annexures.

“Before the report can be given to anybody, the DPCI head has to give written authority for it to be handed over. This then needs to be handed over to the NDPP office or the DPP head of the province,” said Lucken.

Members of the defence team - which includes heavy hitters such as advocate Jay Naidoo, Jimmy Howse, Carl van der Merwe and Griffiths Madonsela - all opposed the state's request for the lengthy postponement, suggesting the court give until February 24 for the state to get its house in order. 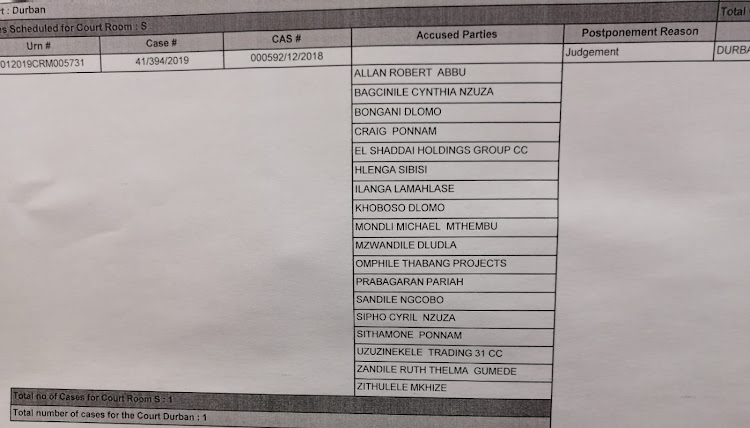 After much debate and standing down to allow the state to consult the forensic auditing investigator, Somaroo made an order which sought to accommodate both parties. Somaroo postponed the matter to March 23 for discovery to take place on the day.

Discovery is the process whereby information is exchanged between the state and defence about the witnesses and evidence that will be presented.

Somaroo ordered the state to provide a full indictment in respect of all of the accused, electronic copies of the finalised forensic report (including all annexures) to be supplied to the defence lawyers, and contents of the police docket.

She also extended Naidoo's previous section 342A application, which pertains to unreasonable delays in trials.

Naidoo had previously made an application which Somaroo extended to the next court date. The application forces the state into a corner in that should it seek a further postponement the matter could possibly be struck off the roll — after an inquiry by the court.

Two accused — Prabagaran Pariah and Sinthamone Ponnan — were not in court . Their attorney told the court they had medical reasons.

Gumede and her co-accused - including eThekwini municipal manager Sipho Nzuza, former chairperson of the infrastructure committee Mondli Mthembu and eThekwini deputy head of supply chain management Sandile Ngcobo - are all accused of involvement in a tender scandal.

Sunday Times Daily reported that the charges against Gumede and Mthembu pertain to the contravention of the Municipal Finance Management Act, the Municipal Supply Chain Management Regulations and the Provisions of the Adjustment of Fines Act.