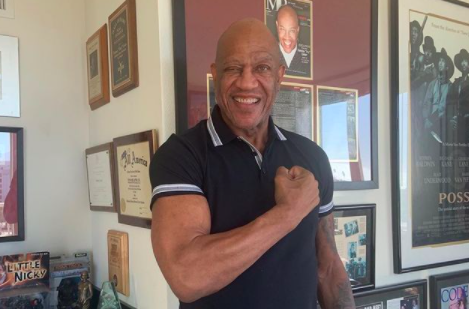 Shortly before he succumbed to complications related to Covid-19, US actor Tommy “Tiny” Lister spoke out about taking the vaccine.

The 62-year-old actor died on Thursday after experiencing Covid-19 symptoms.

In his last interview, conducted by media personality Brandon Jays and shared with DailyMailTV, just days before his death, Lister shared details about how he was looking forward to getting the vaccine.

Lister said he had a lot on his plate and Hollywood was not going to stop on his account.

“I'm taking the vaccine because I've got work to do too, especially for the kingdom of Jesus Christ.”

Lister said he was looking forward to a relaxing holiday season, saying he was going to watch basketball, eat and hang out with his daughter.

The actor, who was best known for playing Deebo in Friday and Next Friday, tested positive for Covid-19 four months ago, his manager Cindy Cowan told TMZ.

She said he started feeling sick at around the same time his last interview was conducted.

He told friends he felt weak and was having trouble breathing. He cancelled his first scheduled day of filming for a new movie, she said.

On social media, many fans paid tribute to the actor, saying he would be dearly missed.

Tommy ‘Tiny’ Lister best known for his role as Deebo in Friday has passed away at the age of 62. We send our deepest condolences to family and friends. 🖤 pic.twitter.com/hqXCts4gFI

We will miss you #tommylister ....Deebo forever in our hearts. #Friday pic.twitter.com/K6Syf0jdCC