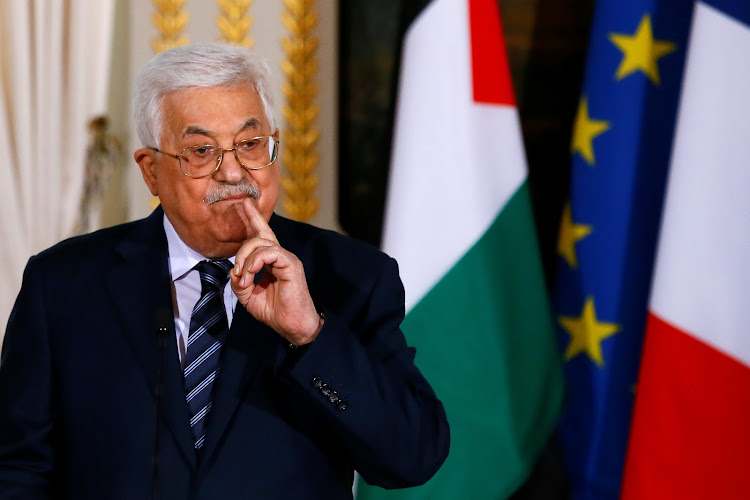 A spokesperson for Palestinian President Mahmoud Abbas condemned the construction as illegal, accusing Israel of making a “pre-emptive attempt ... to undermine any effort by (incoming) US President Joe Biden to relaunch the stalled peace process”.
Image: REUTERS/Francois Mori/Pool

Israel approved on Sunday plans to build hundreds of new settler homes in the occupied West Bank, projects it is advancing in the final days of the pro-settlement Trump administration.

The planned construction, on land captured by Israel in the 1967 war that Palestinians seek as part of a future state, was announced on Monday by Prime Minister Benjamin Netanyahu.

Netanyahu ordered the plans advanced and on Sunday, a government committee gave final ratification for 365 homes and preliminary approval for another 415, said the Israeli anti-settlement group Peace Now, which monitored the session.

A spokesperson for Palestinian President Mahmoud Abbas condemned the construction as illegal, accusing Israel of making a “pre-emptive attempt ... to undermine any effort by (incoming) US President Joe Biden to relaunch the stalled peace process”.

Israel has demolished most of a Bedouin village in the occupied West Bank, displacing 73 Palestinians - including 41 children - in the largest such ...
News
10 months ago

In a statement, the European Union said Israel's latest decision to advance the plans “is contrary to international law and further undermines the prospects of a viable two-state solution”.

The government committee's website was not immediately updated with details of Sunday's moves, which were also reported by Israel's main media outlets.

Settler leaders have voiced concern that once he takes office as president on Wednesday, Biden, a Democrat who has been critical of Israeli settlement activity in the past, will try to slow housing construction.

Palestinians are installing a video surveillance system in a remote village in the occupied West Bank to keep an eye on nearby Israeli settlers who ...
News
11 months ago

He also has won Israeli praise and drawn Palestinian anger by recognising contested Jerusalem as Israel's capital and moving the US Embassy there. US-backed peace talks between Israel and the Palestinians broke down in 2014.