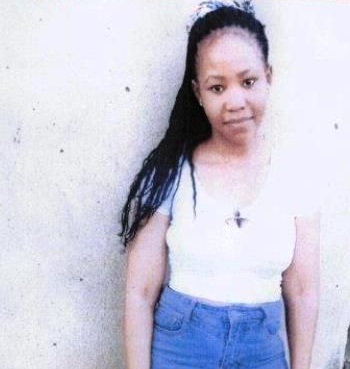 IT student Tsholofelo Dineo Makhubu disappeared from her parents’ home in Riebeekstad on November 20.
Image: SAPS

A 26-year-old student from Central University of Technology (CUT) in Bloemfontein has been missing since November, Free State police said on Thursday.

Police spokesperson Brig Motantsi Makhele said Tsholofelo Dineo Makhubu, an IT student at the institution, disappeared from her parents’ home in Riebeeckstad on November 20.

Makhele said the student was believed to have been last seen with a man named Katleho, who notified the family through social media on January 11 that Makhubu was “safe and well”.

Makhubu speaks southern Sotho, English and Afrikaans, has a medium complexion, brown eyes, is 1.65m tall and has a tattoo of a dove at the back of her neck.

Anyone who may know of her whereabouts is urged to contact Warrant Officer Malebo Mahlatsi on 072-229-1034.