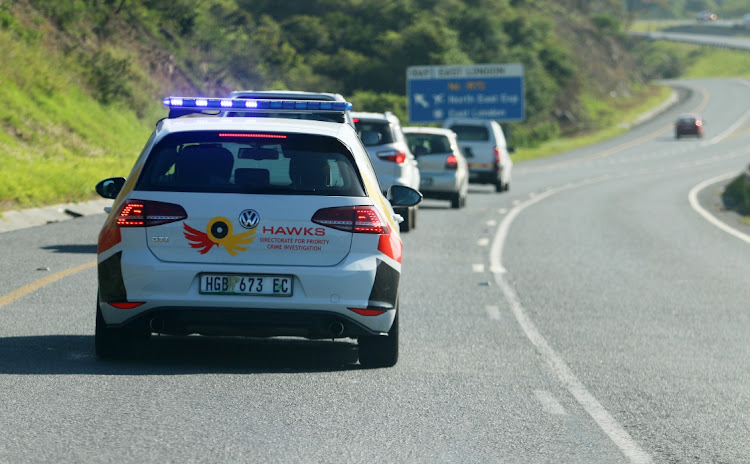 An insurance broker, her daughter and a former Humewood police reservist have been arrested by the Hawks’ serious corruption investigation team for allegedly defrauding several insurance companies of R280,000.

The suspects are alleged to have submitted fake death claims with the insurers.

Hawks spokesperson  Lieutenant-Colonel  Philani Nkwalase said they had been arrested in Port Elizabeth and Welkom on Saturday.

The Saturday arrests came after five of their alleged accomplices appeared in the Port Elizabeth Magistrate’s Court on Friday facing fraud, theft and money laundering charges.

Nkwalase said the three were expected to appear in court on Monday.

The investigation revealed that the broker allegedly masterminded the insurance fraud and signed up several insurance policies with different companies between March 2014 and February 2015.

“When the waiting period had lapsed, the beneficiaries on those policies allegedly tendered fraudulent death claims ranging from R10,000 to R50,000,” Nkwalase said on Sunday.

The five other accused, Sizile Mateta, 55, Ntombomzi Mayekiso, (age not given) Simphiwe Vuso, 49, Sithembiso Jonga, 58, and Nompumelelo Ngindana, 43, are expected to apply for bail on Tuesday.

Dr Lucky Swartbooi, who allegedly certified the alleged dead people, has since died, and the owner of the funeral parlour and an employee allegedly provided the burial service for the alleged fraudulent deaths.

An insurance broker, her daughter and a former Humewood police reservist are allegedly the masterminds behind the defrauding of several insurance ...
News
3 months ago

Nkwalase said the suspects had alternated as beneficiaries and dead people.

The five suspects, all from Port Elizabeth, were arrested on Thursday night by the Hawks’ serious corruption investigation team.

The alleged syndicate was uncovered by an insurance auditor, whose suspicion was first raised when he could not locate the grave of a former police reservist who had supposedly died.

“When he visited the family, he found that the former police reservist who was fraudulently declared dead was in fact alive.” Nkwalase said.

The insurance broker, believed to be in a relationship with the police reservist, was employed by C&N Ehlers Financial Services and marketed funeral policies to clients.

The funeral policies marketed by the broker were underwritten by various insurance companies including 1Life, Old Mutual, Assupol Life and Hollard Insurance.

In many instances cited in the charge sheet, the former police reservist was named as a beneficiary.