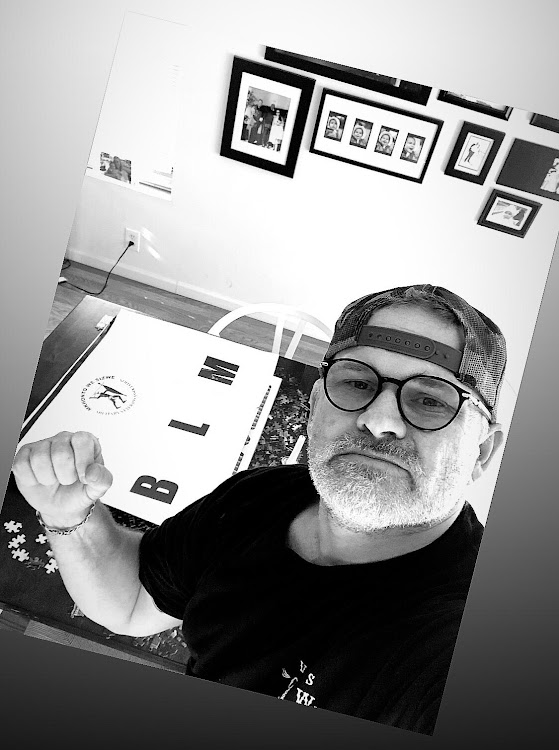 South African author, anti-apartheid activist and security expert Bradley Steyn, who lives in the US, said on Monday he had been issued with a warrant of arrest.

The warrant comes after the events of May 30 last year during a Los Angeles protest against police brutality.

During the protest Steyn was beaten and hit in the groin by a rubber bullet fired from 1m away by a policeman after he tried to stop another officer from beating a woman during a Black Lives Matter protest.

He was rushed to hospital to repair his left testicle.

On July 16 he filed a government claim to the city and the LAPD contending that the city was liable for the misconduct of its employees, which included the LAPD.

It was rejected by the city on August 13.

At the time Steyn said he had no choice but to sue the city.

On September 10 he filed a complaint with the help of attorney Lisa Bloom  suing the city for an unspecified amount, alleging civil rights violations, battery, assault, negligence and intentional infliction of emotional distress. 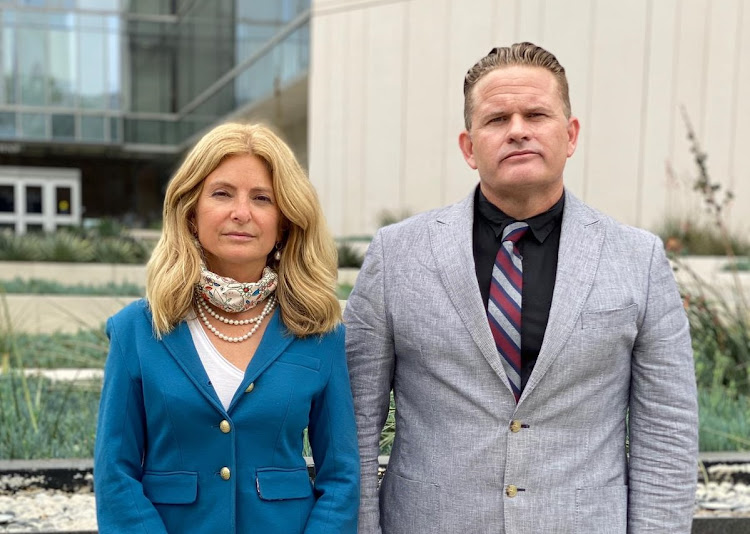 Bloom is known for representing women with sexual harassment claims at Fox News, which led to the firing of prime-time host Bill O’Reilly in April 2017.

The city retaliated by filing criminal charges against him.

On Monday he was ordered to be booked and released by the Ventura county sherriff. Next month he will appear before a judge on criminal charges.

“My roots of activism against institutionalised racism, white supremacy in government and police brutality continues here in my new home, America. The home of the not so free, and not so brave after all. I will fight this for police reform, and against qualified immunity for violent police officers and against racist until I take my last breath,” he told TimesLIVE on Monday.

On November 15 1988, Strydom killed eight black people and injured 16 on Pretoria’s Strijdom Square, as it was known then.

I saw young black faces running towards me with fear and terror screaming from their bodies as they scrambled for shelter. A white right-wing gunman was hunting black citizens with a 9mm Parabellum

“I saw young black faces running towards me with fear and terror screaming from their bodies as they scrambled for shelter. A white right-wing gunman was hunting black citizens with a 9mm Parabellum. It was chaotic. I found myself rendering aid to a black man in his 20s.

“This event changed my life forever. This is what has haunted me. I found closure around the massacre by finding the names of the victims and survivors. I got to meet the sons of a victim; we cried, we mourned, we heal.”

He said his biggest regret was that he didn’t do anything to stop Strydom hurting people.

Steyn, who was a member of Umkhonto we Sizwe, now works as a security consultant in the US.

Five days after George Floyd died, he joined the Black Lives Matters march in honour of Floyd, Breonna Taylor and 601 other citizens of Los Angeles who had been killed by law enforcement since 2012.

“Thirty-three years after the Strijdom Square massacre, after I had just put to sleep the pain of the terror, I saw the same terrified black faces running by me, followed by multiple shots fired.”

Steyn's book Undercover with Mandela's Spies described these events and his life has become a best-seller.

You can learn about Bradley’s story here.