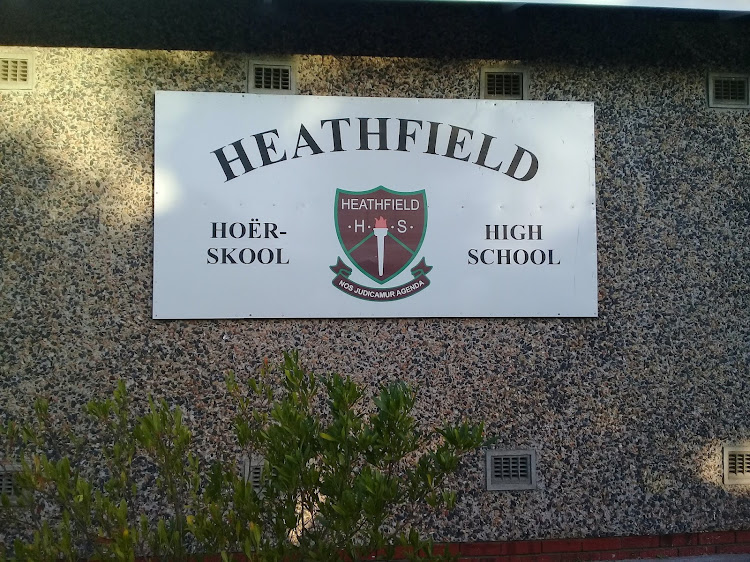 “Intimidatory and abusive behaviour” by supporters of the principal of Heathfield High School in Cape Town, who faces disciplinary action after refusing to open the school during the Covid-19 pandemic peak, has been denounced.

A group this week arrived outside the house of one of the Western Cape education department's employees involved in the disciplinary process, making allegations of bribery, and vocally accusing him of committing a crime, said department spokesperson Bronagh Hammond.

The official and his family members were subjected to intimidation and abuse. Loudhailers were used to shout abuse outside his residence

“The official and his family members were subjected to intimidation and abuse. Loudhailers were used to shout abuse outside his residence.

“Stones were allegedly thrown at the house, injuring the official’s 85-year-old father.”

The department has advised the official to lay charges against the ringleaders.

“This behaviour and intimidation is despicable and totally unwarranted.”

This was an escalation of personal attacks some of its officials have endured in recent months, the department said.

“The contents of these attacks have been appalling.”

In June 2020 the principal, Wesley Neumann, and other high and primary school principals wrote an open letter to President Cyril Ramaphosa and cabinet members requesting that schools be closed.

According to the department, teachers and grade 12 pupils at Heathfield High were required to return to school on June 1. When Neumann refused to allow staff and pupils back at the school, the department scheduled a disciplinary hearing.

While judge Thembekile Malusi set aside the expulsion on a procedural technicality, he was sharply critical of the boy’s father’s threatening and ...
News
1 year ago

He approached the labour court to stop his disciplinary hearing. In November 2, the department said that the court had ruled in favour of the department by striking Neumann’s interdict application off the roll with costs.

The disciplinary hearing was due to be heard this week. Neumann is facing six charges, including that of failing to carry out a lawful instruction of the employer, committing misconduct by encouraging personnel not to report for duty and discouraging the attendance of pupils, and prejudicing the administration, discipline or efficiency of the department.

In a statement on Wednesday, the department said: “The charges that have been brought against Mr Neumann are being contemplated in a hearing where he is being given a fair opportunity to answer them.

“The legal process must be allowed to continue unhindered by any party.

“Similarly, the law must take its course with regards to the accusations of bribery.”