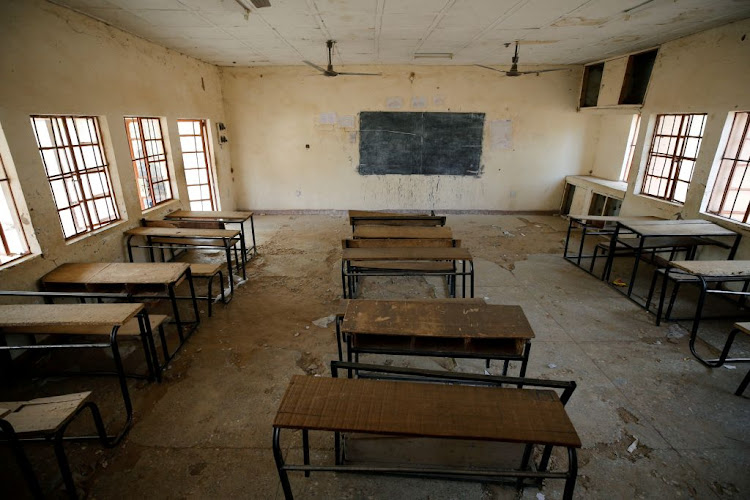 An empty classroom at the school in Dapchi in the northeastern Nigerian state of Yobe, where dozens of school girls went missing after an attack on the village by Boko Haram. On Tuesday night 27 students were abducted in an attack on a school in Niger state.
Image: REUTERS/Afolabi Sotunde

Unidentified gunmen abducted 27 students and some staff and their family members in an attack overnight on a secondary school in Nigeria's Niger state, the state governor's spokesperson said on Wednesday.

The assailants stormed the Government Science college in the Kagara district at around 2am, overwhelming the school's security detail, according to local residents.

The state governor ordered the immediate closure of boarding schools in the area.

It was not immediately clear who was responsible for the attack.

Militant Islamist group Boko Haram and a branch of Islamic State are active in northern Nigeria, but kidnappings by other armed groups — mostly for ransom — are also common.

About 100 of more than 270 schoolgirls abducted by Boko Haram from the town of Chibok in 2014 are still missing.

Such attacks have raised concerns about rising violence by Islamist insurgents and armed gangs and fuelled widespread criticism of Buhari's handling of national security. In January, the president appointed a new military high command.

Violence and insecurity have compounded the economic challenges faced by citizens in Africa's most populous country, which is struggling to cope with a fall in revenues due to an oil price slump on top of Covid-19.