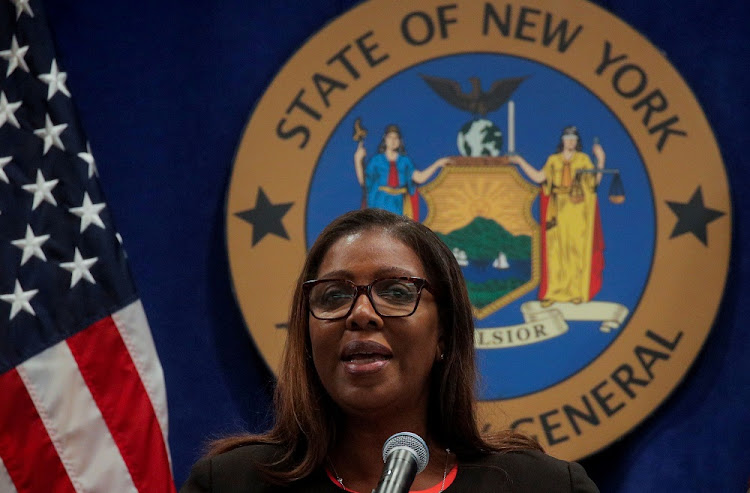 New York Attorney General Letitia James sued Amazon.com Inc on Tuesday over its handling of worker safety issues around the Covid-19 pandemic at two warehouses, just days after the retailer filed its own lawsuit seeking to block her case.

In a complaint filed in a New York state court in Manhattan, James said Amazon's drive for faster growth and higher profits led to its “flagrant disregard” of steps needed to protect workers from the coronavirus at a Staten Island fulfilment centre and a Queens distribution centre, both in New York City.

James also accused Amazon of illegally retaliating when employees began to complain, including last March when it fired activist Christian Smalls purportedly for violating a paid quarantine when he led a protest over conditions at the Staten Island warehouse.

“Throughout the historic pandemic, Amazon has repeatedly and persistently failed to comply with its obligation to institute reasonable and adequate measures to protect its workers,” the lawsuit said.

“Amazon has cut corners in complying with the particular requirements that would most jeopardise its sales volume and productivity rates,” it added.

James sued four days after Amazon filed its own lawsuit in Brooklyn federal court to stop her from suing.

Amazon said in its lawsuit that federal labour and safety laws took precedence over New York's in addressing workplace safety, and that James was overstepping her authority.

“We care deeply about the health and safety of our employees, as demonstrated in our filing,” Amazon spokesperson Kelly Nantel said in response to James' lawsuit.

“We don't believe the attorney-general's filing presents an accurate picture of Amazon's industry-leading response to the pandemic,” Nantel added.

The attorney-general's lawsuit seeks to require Amazon to upgrade its protections for workers, reinstate Smalls, and pay damages to him and another worker who allegedly faced retaliation.