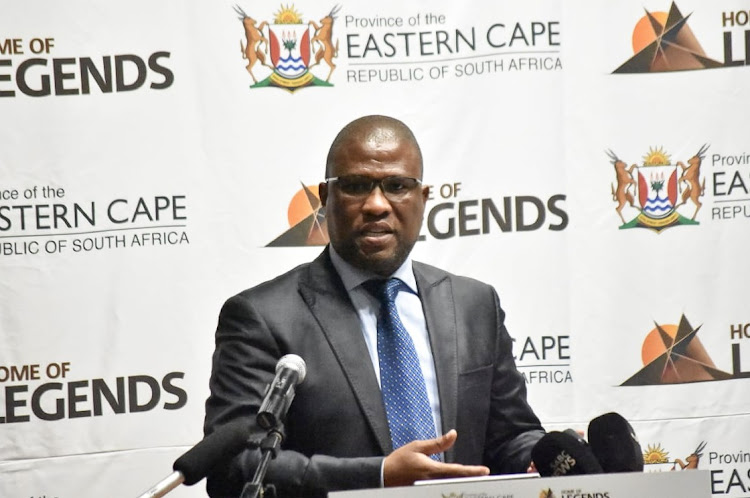 Eastern Cape premier Oscar Mabuyane will detail how infrastructure projects will get the stagnant economy moving again when he delivers the state of the province address on Tuesday.

While giving a media briefing on Monday, his spokesperson, Mvusiwekhaya Sicwetsha, said the premier would focus on infrastructure projects which are expected to create much-needed jobs.

Mabuyane will deliver the Sopa virtually because of Covid-19 and with the pandemic having disrupted everything, it will be interesting to see how much was achieved from his 2020 address.

Sicwetsha said Mabuyane would not just give an update on the state of the province but highlight the work being done in the face of the pandemic.

Time to draw a line and prevail before financial crisis explodes in our face, says Mabuyane

The state of governance in the Eastern Cape is not sending a positive message that it will be able to rebuild its economy. This is according to ...
Politics
10 months ago

“His focus on the economy is on tangible programmes that are coming into the province from both the private and the public sector.

“He’s going to provide an update on what work we’ve been doing in growing the economy, where we’ve been getting investment in terms of infrastructure.

“This is aimed at growing the Eastern Cape, make it attractive to investors so the people of the East Cape get employment,” he said.

In January, the Transnet National Ports Authority announced its head office was relocating to Ngqura — a move that has been widely welcomed.

Ford SA also announced it would also work with Transnet to provide a direct, dedicated rail link between Silverton and Port Elizabeth, through which Ford would import and export vehicles and components.

This was when the car manufacturer announced an almost R16bn investment at the Silverton plant.

This is projected to create thousands of jobs within the value chain.

This rail freight corridor will be a full-service line linking the Silverton assembly plant and the Tshwane Automotive Special Economic Zone with Port Elizabeth, which is home to Ford’s Struandale engine plant and Coega’s special economic zone.

The ANC in the Eastern Cape has pinned its hopes of growing the economy — devastated by the Covid-19 pandemic and lockdowns — on huge infrastructure ...
News
10 months ago

Unemployment in the province was sitting at 52.8%, according to the Quarterly Labour Force Survey released in October.

DA legislature leader Bobby Stevenson said Mabuyane should spell out how he would move the Eastern Cape from what he said was a failed state and towards a caring, capable government that works.

Stevenson said while Mabuyane  committed to running a committed government during his last address, the province had been drowning “under a tsunami” of allegations of corruption and maladministration.

“The province is facing a confidence crisis and a massive trust deficit in this area,” he said.

Stevenson said Mabuyane needed to focus on critical game-changers such as ending cadre deployment, a comprehensive plan for the rollout of the Covid-19 vaccine and also rapid progress with the Umzimvubu Water Project.

“This was promised last year and all the years before that.

“This should include the relocation of the manganese ore facility and tank farm from the PE Harbour to Port of Ngqura, so a waterfront area can be developed.

“There also needs to be a focus on green energy,” he said.

President Cyril Ramaphosa’s state of the nation address [Sona] on Thursday left a lot of to desired for some members of the Eastern Cape business ...
News
9 months ago

He said he wanted Mabuyane to outline a clear plan on what government would do to assist the more than three million unemployed people in the province.

“The province had a 30% unemployment rate prior to Covid-19 and the pandemic has pushed these figures further up.

“So we’re looking for a programme that speaks to job creation post Covid-19, that pays particular attention to the youth.

“We’re looking forward to hearing about the industrialisation of the province, not only in Nelson Mandela Bay or Buffalo City municipality,” he said.