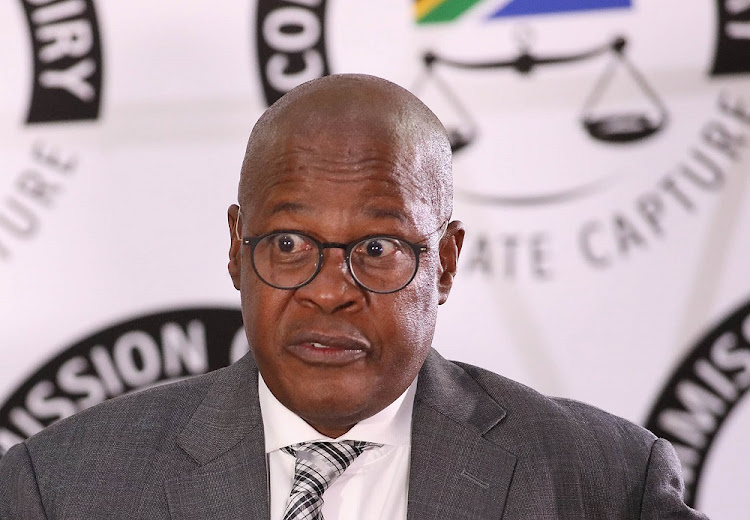 Former Eskom boss Brian Molefe on Tuesday expressed concern that his evidence implicating President Cyril Ramaphosa may have been swept under the carpet at the state capture inquiry.

Evidence leader advocate Pule Seleka omitted the part about Ramaphosa during his recap of Molefe’s testimony in January when he appeared at the commission for the first time.

This led to Molefe protesting to commission chairperson justice Raymond Zondo that implicating a president was no matter that could just be swept under the carpet.

Molefe, during his testimony in January and repeated on Tuesday, said Ramaphosa was providing political protection to Optimum because he was a shareholder when he was deputy president of the ANC.

Zondo moved to assure Molefe that all those implicated in his controversial opening statement, including the president, had been served notice for their responses.

Complained Molefe: “Just as we are recapping, I just want to remind the chairperson that I made a statement making substantive allegations to the extent that Glencore had been trying to extort R8bn from Eskom.

“And the current president had been made a shareholder in Optimum because Glencore and Optimum are the centre of what happened at Eskom.

“I am saying this now because while we were recapping this was not mentioned. I hope that it is not being swept under the carpet and being forgotten conveniently.”

Zondo said the commission would not ignore Molefe’s evidence.

“I am surprised that you think it may be swept under the carpet because you said it publicly. And you know that when a witness says something that implicates somebody, that person is given a copy of the statement to have a chance to respond,” said Zondo.

“I do know that your statement that you made was sent to people who were implicated in it, so there is nothing that is being swept under the carpet.”

Molefe insisted that he believes he was being crucified for having stopped the Glencore-owned Optimum coal mine from “bankrupting Eskom”.

According to him, it was “illegal” for Optimum to expect Eskom to up coal prices four times, especially since there was an existing contract between the two parties which had three years remaining at the time of Optimum's proposal for a new price.

“What Optimum was putting on the table was illegal and preposterous because we had an existing agreement until the end of 2018. Optimum were in the position that they were in because in 2012 when they bought the company, they did not do due diligence.”