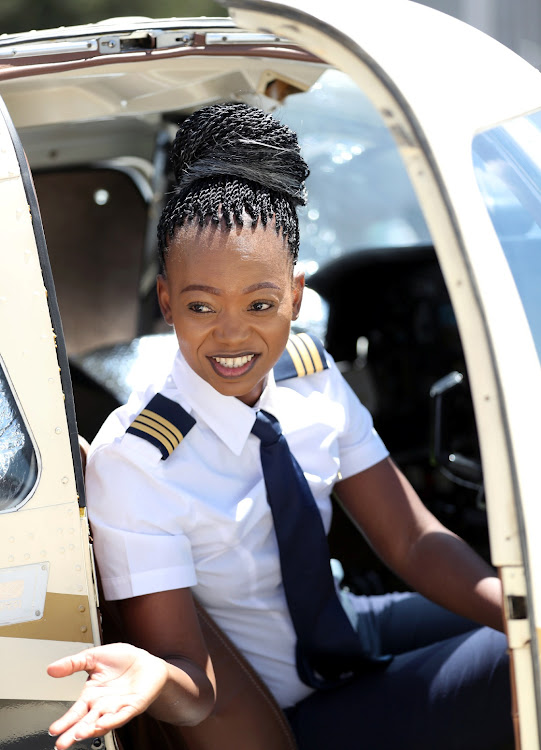 South Africa's first Black female helicopter pilot Refilwe Ledwaba has some words of advice for anyone who fears discrimination will prevent them from achieving their dreams.

Instead of focusing on those who seek to do you down, find some of the many people who would be happy to see you doing what you love and join forces with them.

Growing up in apartheid South Africa with six siblings and a single, working mother, Ledwaba was very close to her local community but under no illusions about the outside world.

“When you are a female and a Black person, it is a double whammy,” she said. “If you don't have the right people, you could be (Albert) Einstein, but you will never make it.”

It was while training as cabin crew to help pay off her student loan that she found she felt more at home in the cockpit. Her white colleagues encouraged her to become a pilot and one, a pilot himself, offered to train her for free if she covered the cost of the fuel.

In 2005, she got the chance to learn to fly helicopters at a government school outside Durban, where she struggled with nerves and the idea women must always sit with legs together, something you cannot do while operating the controls.

Once again it was a white man who encouraged her not to give up, she said. The moment she flew solo, it dawned on her that she had broken the race and gender barriers in one fell swoop.

"(Flying) solo is one of the best moments in your life,” she told Reuters.

Now a certified flight instructor, she has run her foundation, Girls Fly Programme in Africa (GFPA), for over a decade, training hundreds of young women in aerospace and aviation. It now operates in four African countries and Ledwaba has her eye on others.

Reflecting on her career, she said she has always favoured optimists over cynics. The “number of people who are not happy to see you there are far less than those who want you to be,” she said. “Partner with them.” — Reuters