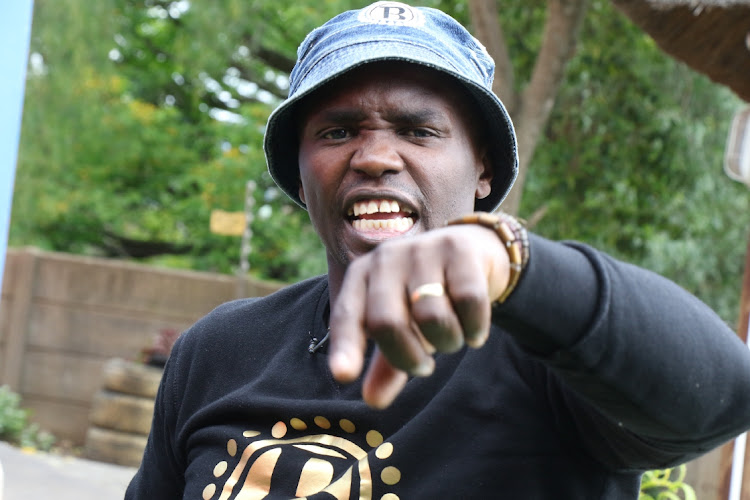 Farmer AND gospel singer Butho Vuthela has been robbed of stock valued at over a million rand.
Image: LULAMILE FENI

Two prominent Eastern Cape figures say their livestock is being stolen from their kraals in droves by “known thugs” who are destroying emerging farmers in the province.

Vuthela has been robbed of stock valued at a million rand. Nkompela fought off rustlers as they loaded his cattle onto a truck at Tsolo Junction in November 2019.

The getaway trucks were traced to Howick in KwaZulu-Natal.

Nkompela said the thugs shot at him but he retaliated. One of the rustlers was a young person he knew.

“That was shocking. I taught this youth in school. He was a young boy and he apologised when he noticed that it was me,” said Nkompela.

Several rustlers got away but one was arrested.

He managed to save his cattle, and those of some other small farmers from the Tsolo area.

The people who are stealing from us are known, and sadly, they are working with local people. Our cattle are stolen and end up in KwaZulu-Natal where they are sold in livestock auctions

“The people who are stealing from us are known, and sadly, they are working with local people. Our cattle are stolen and end up in KwaZulu-Natal where they are sold in livestock auctions,” he said.

He even took a trip to Howick to see for himself if the stories of stolen animals being auctioned were true. He got a shock.

“I heard that there was an auction house where stolen livestock was being sold. That place was buying livestock without a register, and they did not even register the vehicle that was delivering them. That was shocking.”

He said the cattle were sold within a few days of arrival.

Vuthela, who is from Upper Ngxaxha near Mount Fletcher, said while the rustlers were busy, police were not. Their response was lethargic.

“We are using both Sulenkama and Katkop police stations but they are far from us. We are struggling in this village. I have lost livestock worth way over R1m, it could be R2m,” said Vuthela.

He questioned where the stolen livestock was being sold as no paperwork would exist and the deals would be criminal.

He has contacted safety and liaison MEC Weziwe Tikana-Gxothiwe and SAPS provincial commissioner Lt-Gen Liziwe Ntshinga and is waiting for action.

“I have had to leave and open another farm away from my village. Farming is something that I learned from my father and it is part of me. I cannot just leave and abandon this. This is my livelihood.”

Vuthela’s home has been raided repeatedly since 2016. Cattle belonging to his family were found being loaded into a truck at Bajodina village near Qumbu in May.

The trucks that loaded the Nkompela and Vuthela cattle were owned by two different people, but both are in Howick.

“In Maluti there are cross-border international crimes. Livestock is being stolen in huge numbers and is flowing into Lesotho through the Malutis, Afsondering, Avondale and Lukholweni. Stock theft crime in Qumbu is being committed day and night and it has no season,” said Mabuyane.

He said Sulenkama, which falls under Qumbu, was a worrying factor.

“Livestock found in Sulenkama is coming from KwaBhaca as well as Katkop. Bityi station is being serviced or policed by the Mthatha stock theft unit and livestock is stolen from villages like Bityi, Mqanduli and Ngcobo, as well as Mthatha."

Click here to read more from our exclusive Farmers under siege investigative series.