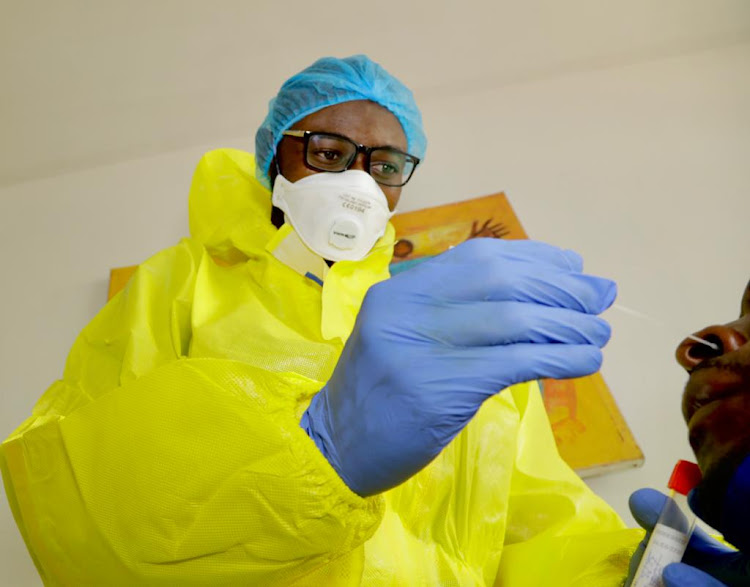 Russia and China are racing to plug the Covid-19 vaccine gap in Africa, hoping to cement their influence on a continent where many countries have yet to administer a single shot.

But, so far, vaccine donations from Beijing and Moscow have been small, the commercial deals they offer are costly, and some African governments are wary about a lack of data.

As rich countries ramp up their inoculation drives, Africa, without the resources to pre-order Pfizer, AstraZeneca, Moderna and Johnson & Johnson vaccines, is being left behind.

With Western nations facing criticism for hoarding supplies, flooding Africa with life-saving shots would be a soft-power coup for Russia and China.

More than 4,000 agriculture jobs at risk due to national minimum wage

Beijing has pledged nearly a quarter of all its vaccine donations to Africa, according to data compiled by Bridge Consulting, a Beijing-based health sector advisory.

“This is a vivid manifestation of China-Africa friendship,” China's foreign ministry told Reuters.

French President Emmanuel Macron says Europe and the US risk losing influence in Africa over the issue.

However, John Nkengasong, head of the Africa Centres for Disease Control and Prevention, cautioned against “vaccine diplomacy”, saying powers must not use token allocations to curry political influence.

“Africa will refuse to be that playing ground where we use Covid as a tool to manage relationships,” he said on a webinar hosted by the Atlantic Council think-tank in late February.

“It becomes like you're trying to sprinkle water on a very hot day on children ... Then you can tick the box that you did that,” he said. “That's not what we are after as a continent.”

While other developing regions have turned to Russia or China, in Africa their engagement has translated into few shots in arms.

Africa has received about 3.15 million shots from China — or less than 4% of its vaccine exports — Bridge Consulting data showed.

President Buhari calls for Nigerians to follow his vaccine lead

President Muhammadu Buhari had his first Covid-19 vaccine shot on Saturday, part of a bid to boost public confidence as Nigeria attempts to inoculate ...
Africa
1 month ago

“The numbers of vaccines China is donating are not going to move the needle in any of these countries. But it's as much about the optics,” said Eric Olander, co-founder of The China-Africa Project.

Russia has shipped a total of about 100,000 vaccine doses to Algeria, Tunisia and Guinea.

The facility co-led by the World Health Organisation, GAVI and others aims to ship 35 million doses to Africa by the end of the month and 720 million by the end of 2021.

That will still only be enough to inoculate those at greatest risk.

China's leading vaccines — from the China National Pharmaceutical Group (Sinopharm) and Sinovac — are not yet approved for emergency use by the WHO. Neither is Russia's Sputnik V vaccine.

But a government official involved in procurement told Reuters the lack of trial data meant Chinese vaccines were not being seriously considered for now. Sputnik V was also relegated to a second tier of vaccines SA says need more study, according to the health ministry.

Even some countries that accepted donations have shied away from purchases.

Uganda considered buying Chinese vaccines but is focused on COVAX due to their cost and the availability of data, said Ombeva Malande, director of the East Africa Centre for Vaccines and Immunisation, which advised the government. Kenya is taking a similar line, he said.

The head of Kenya's vaccine task force confirmed it was not in talks to procure Chinese vaccines, and health ministry plans do not include Russian vaccines.

Ivory Coast Prime Minister Hamed Bakayoko, who was seen as a possible successor to President Alassane Ouattara, has died in Freiburg in southwestern ...
Africa
1 month ago

While COVAX shots are free for most African nations, countries doing commercial deals are paying a premium.

“The worst thing that could happen now is for countries to not start vaccinating,” said Tandakha Ndiaye Dieye, a member of Senegal's vaccine advisory group, explaining the decision.

By comparison, India's Serum Institute is selling AstraZeneca shots it manufactures for $3. The Indian government has also donated over a half million of those shots to eight African countries, according to a Reuters tally.

Beijing has so far not announced financing packages that would make vaccine deals more affordable in Africa.

At around $10 per dose, Sputnik V is cheaper, and RDIF told Reuters it would be even more competitive if subsidised via COVAX.

RDIF said it was in “advanced negotiations” with the WHO to be included in COVAX and could offer a one-shot version to reduce the cost. A spokesperson for GAVI, the global vaccine alliance helping lead COVAX, said all vaccines would be considered but they first needed approval from the WHO or another stringent regulatory authority.

The shocking news of the passing on Zulu King Goodwill Zwelithini KaBhekizulu has shattered his in-laws of the AmaRharhabe nation.
News
1 month ago

RDIF said some deliveries of the Sputnik V doses offered via the AU plan could start in May.

A senior AU diplomat told Reuters that talks were taking place but no agreement had been reached. No details have been announced about the finance package. RDIF did not respond to Reuters questions about the potential deal.

Both China and Russia must increase production if they hope to become major global vaccine suppliers. For Moscow, exporting shots is politically sensitive when its own population still needs vaccinating.

“I'm not worried about whether Russia's going to be able to deliver the doses,” said W. Gyude Moore of the Center for Global Development, a Washington think-tank.

“I'm worried about how African countries are going to pay for them ... COVAX is just not going to be enough.”

Most African countries will kick-start their Covid-19 vaccination programmes by the end of March as efforts to procure doses for the continent's 1.3 ...
Africa
1 month ago
Next Article