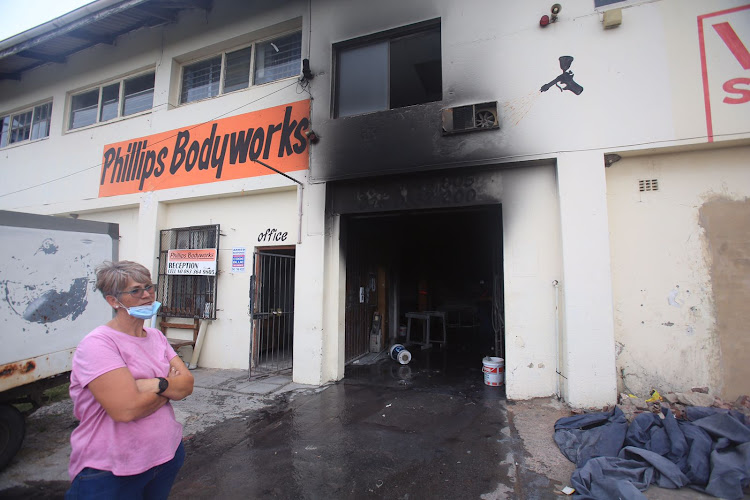 A raging fire that almost destroyed two vehicles inside the workshop in Arcadia in East London on Friday was extinguished without anyone getting injured.

The double-storey Phillips Bodyworks workshop was almost burnt to the ground after a fire started inside the workshop, and it is unclear what caused the fire.

The owner of the business declined to speak the Dispatch, but she confirmed that no one had been injured during the incident.

Neighbouring business owners also refused to comment, saying that they did not want to “get involved”.

When DispatchLIVE arrived at the scene, a BCM fire engine was leaving after the firefighters had managed to extinguish the raging blaze, and a couple of freighters were left on the scene to assess the damage.

BCM spokesperson Samkelo Ngwenya confirmed the estimated damage caused by the fire was at R400 000 and there were no injuries.