One year on from first lockdown, Britain grieves for Covid-19 dead 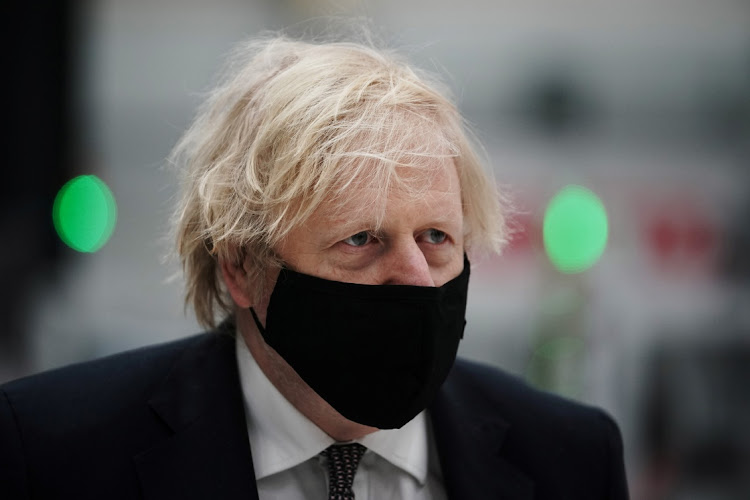 Prime Minister Boris Johnson stunned the nation by ordering people to stay at home and by shutting down much of the economy.
Image: Christopher Furlong/Pool via REUTERS

A year to the day after they were first ordered to stay at home to contain the spread of Covid-19, Britons will remember the more than 126,000 people who have lost their lives to the virus, a toll few could have imagined in March 2020.

People were being invited to observe a minute's silence at midday (1200 GMT) to honour the dead, and to stand on their doorsteps at 8pm holding candles or torches.

Official data shows that on March 23, 2020, when Prime Minister Boris Johnson stunned the nation by ordering people to stay at home and by shutting down much of the economy, fewer than 1,000 Britons had succumbed to the novel coronavirus.

Now, the number of people known to have died in the United Kingdom within 28 days of testing positive for Covid-19 stands at 126,172 — the worst toll in Europe and fifth highest in the world.

Six million people have been bereaved, according to the end-of-life charity Marie Curie, which is organising several of Tuesday's commemorations.

The past year has tested many people to their limits and beyond, with repeated lockdowns, forced separation from family and friends, months of home schooling for millions of children and entire industries mothballed and fighting for survival.

While the nation as a whole has shared these hardships, the focus on Tuesday is on those who have not survived and on those left behind.

“The last 12 months has taken a huge toll on us all, and I offer my sincere condolences to those who have lost loved ones,” said Johnson, who was himself very ill with Covid-19 in April 2020 and spent three nights in intensive care.

“Today, the anniversary of the first lockdown, is an opportunity to reflect on the past year — one of the most difficult in our country’s history,” he said in a statement.

In the evening, landmarks across the United Kingdom, from the London Eye, Trafalgar Square and Wembley Stadium to Cardiff Castle and Belfast City Hall will be lit up in yellow as a beacon of hope and support for the bereaved.

“Let us take a moment together to remember those who have been lost, to give thanks for their lives, and to acknowledge the inexpressible pain of parting,” said Prince Charles, heir to the throne, in a video message.

Britain's medicines regulator said there had been five cases of a rare type of blood clot in the brain among 11 million given AstraZeneca's Covid-19 ...
News
1 year ago

After a second strict national lockdown kept people shut up in their homes through the worst months of winter, Britain is gradually easing restrictions under a four-step plan underpinned by the success of the national vaccination campaign.

Close to 28 million people have received at least one dose of a Covid-19 vaccine, offering hope of a gradual return to normality over the coming months — though for now life remains far from normal.

“We should also remember the great spirit shown by our nation over this past year,” Johnson said, paying homage to health service staff and carers and to society as a whole.

“It’s because of every person in this country that lives have been saved, our NHS (National Health Service) was protected, and we have started on our cautious road to easing restrictions once and for all.”