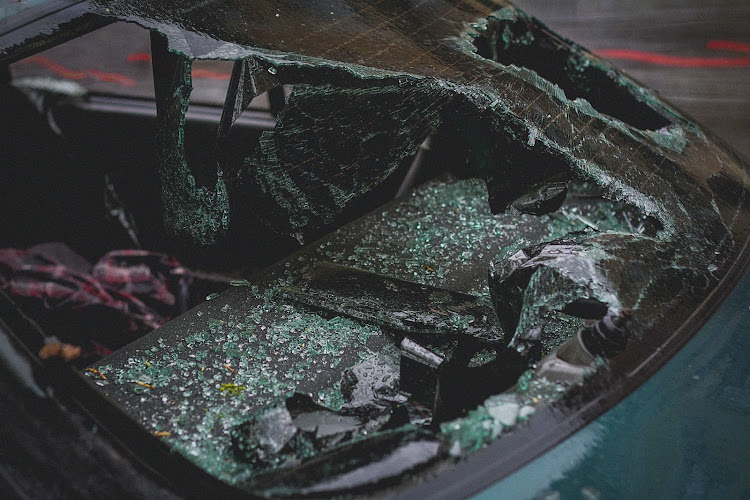 South Africa is one of the world’s most dangerous countries to drive in, with road deaths averaging around 13,500 per year for the past decade.
Image: SUPPLIED

In future, misbehaving South African motorists will be less likely to get away with paying “coldrink” bribes to avoid getting arrested or paying hefty fines.

The long arm of the law is getting hi-tech, with motorists and traffic officers to be under big brother’s watchful gaze by means of drones and body cameras.

Body cameras will allow every interaction between a traffic officer and a motorist to be recorded, deputy transport minister Dikeledi Magadzi said in launching the Easter Arrive Alive road safety campaign on Monday.

To be rolled out by the Road Traffic Management Corporation (RTMC) over the next three to five years, the body cameras will help improve the conviction rate for violations of traffic laws and combat corruption.

Starting this Easter, there will be nowhere to hide for those who live beyond their means and finance their lavish lifestyles through bribes, at the expense of law-abiding citizens on the roads

“Starting this Easter, there will be nowhere to hide for those who live beyond their means and finance their lavish lifestyles through bribes, at the expense of law-abiding citizens on the roads,” said Magadzi on Monday at Bapo ba Mogale Tribal Authority, North West.

“Traffic law enforcement will stop being an enrichment scheme for the unethical, unscrupulous, greedy and corrupt officers who undermine our efforts to bring discipline on our roads and arrest the carnage.”

The transport department plans to also strengthen its e-law enforcement with drones that will identify motorists driving recklessly. Officers will be deployed strategically to respond using the live intelligence supplied by this technology.

Magadzi said consultations are ongoing with the justice crime prevention and security cluster to ensure that evidence gathered through the use of these drones is admissible and leads to a higher conviction rate.

The 2021 Easter road safety campaign was launched under a dark cloud, she said, after a Sunday morning accident in which six people lost their lives on the R30 outside Welkom in the Free State, in a collision between a BMW and a Toyota Avanza. A mother and her two toddlers and a man travelling in the Avanza died on the scene, as did the driver of the BMW and a female passenger.

A Gauteng traffic cop is in hot water after a video of him allegedly taking a bribe went viral.
News
7 months ago

Such incidents were a stark reminder of why efforts should be redoubled to arrest the carnage on our roads, and progress is being made by closing loopholes that motorists rely on to evade the law, she added.

“A few years ago, when we introduced the evidential breath alcohol testing technology, errant motorists realised that the jig was up. Now people know that results from alcohol testing are immediate and chances of being convicted for drunk driving are much higher than they have ever been before,” said Magadzi.

More than 230 road deaths occur each year over the four-day Easter weekend and, in 2020, despite the hard lockdown and travel restrictions, 38 people lost their lives.

She called on law enforcement officers to protect people by enforcing the law.

“I urge you to use your powers to enforce the law and to efficiently use the resources that have been provided to you to make our roads safer. Corruption in the traffic fraternity contributes to unsafe road conditions and the high number of deaths on our roads.”

Once the law is in place, the government will have a zero-tolerance approach to alcohol consumption by drivers
News
3 months ago

South Africa is one of the world’s most dangerous countries to drive in, with road deaths averaging about 13,500 per year for the past decade and the RTMC estimating the cost of crashes was R143bn in 2020.

Magadzi said the majority of fatal crashes, and more than 70% of hit and runs, occur at night. He encouraged road users to avoid travelling at night, not only to observe the curfew hours, but also to keep safe from the road hazards that are more prevalent during that time.