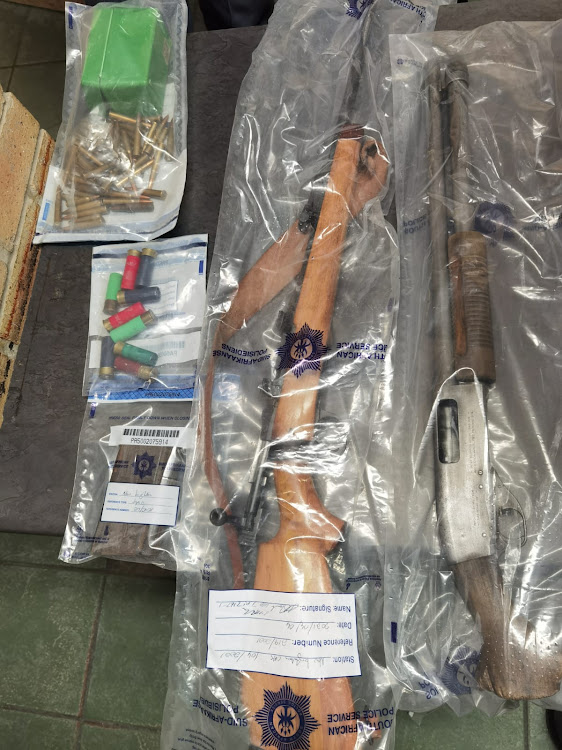 An off-duty police officer dodged bullets in an effort to recover two stolen firearms in New Brighton in the early hours of Tuesday morning.

The warrant officer, a member of the Gqeberha flying squad, received information about illegal firearms that were allegedly on their way to Komani.

Police spokesperson Colonel Priscilla Naidu said the officer went to investigate at a premises in Maseleni Street, New Brighton, shortly after midnight on Monday when he noticed a man leaving the yard carrying two bags.

“While waiting for backup, the officer confronted the suspect,” Naidu said.

“The suspect started running with the officer in close pursuit.

“The fleeing suspect fired shots at the officer and managed to escape through a narrow gap between the houses.”

Private security guards are rejoicing at their discovery of a treasure chest of tools used in the burglary trade. Red Alert spokesperson Brett ...
News
1 week ago

During the pursuit the suspect dropped a shotgun and the bags he was carrying, which contained a .303-calibre rifle, an empty R1-rifle magazine and more than 60 rounds of various types of ammunition.

“Police are investigating a case of attempted murder, and an enquiry docket was opened in respect of the recovered firearms and ammunition,” Naidu said.

Acting Nelson Mandela Bay district commissioner Brigadier Thandiswa Kupiso commended the officer for his dedication and commitment in ensuring the safety of his community by risking his life to remove illegal firearms off the streets.