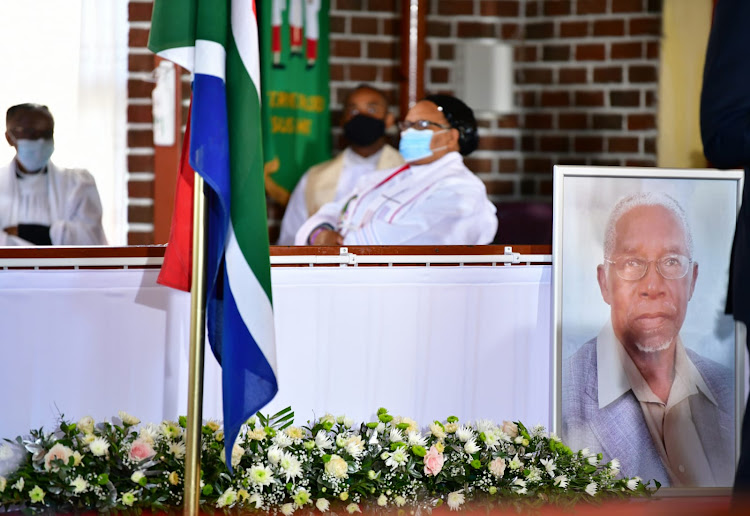 Dr Frank Mdlalose, KwaZulu-Natal's first premier under democracy, was laid to rest in his hometown of Newcastle on Thursday.
Image: Supplied

A gentle giant, a loving father, a peaceful and humble servant.

That is how mourners remembered the first premier of KwaZulu-Natal under democracy, Dr Frank Mdlalose.

Mdlalose, who succumbed to Covid-19 related complications on Sunday, was honoured with an official state funeral at his Madadeni community of Newcastle in northern KwaZulu-Natal.

Premier Sihle Zikalala, delivering the eulogy, hailed Mdlalose for his leadership during the most divisive political era in the province.

“He worked with leaders from all political parties who were part of that government and embraced all of them, laying the foundation for KZN to have an effective government that cares for the needs and aspirations of the citizens,” said Zikalala.

“It was under his leadership as premier that the first bricks of developmental state were laid — it was during the climate of political tension, violence and general mistrust between political parties.” 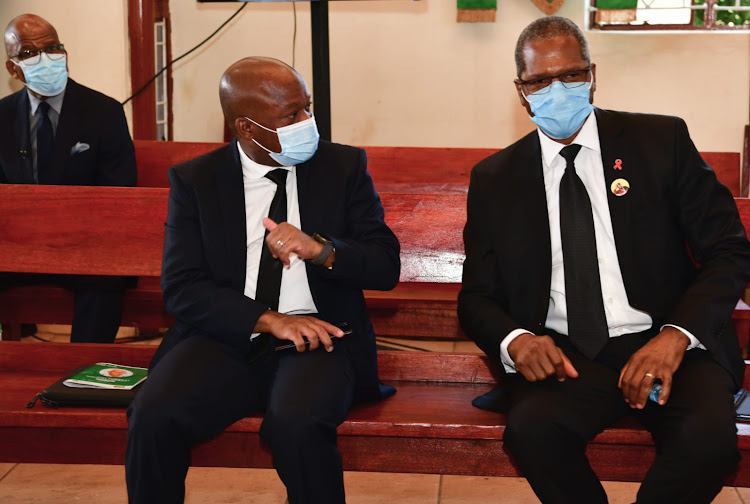 While Mdalose was an accomplished political leader, Zikalala said he remained humble and with the people.

“He was not arrogant or proud but he remained humble and that is one key trait we must all learn and take from this giant.”

The premier characterised Mdlalose as a gentleman par excellence, who listened keenly and gave appropriate advice when consulted but emphasised that while gentleness was his character, he was nevertheless brave and courageous, firm and disciplined, honest, an enemy of double standards and blessed with intellect.

“His friends, colleagues and political adversaries admired him for always being frank in his engagement, following his name Frank — he was an open book.”

Zikalala thanked Mdlalose for speaking openly about his experiences with racism, focusing on an incident Mdlalose shared where as a medical doctor, white doctors had to verify that he was a real doctor.

A special provincial funeral for the first premier of KwaZulu-Natal, Dr Frank Mdlalose, will take place on Thursday at Madadeni in Newcastle.
News
1 week ago

“This is one painful experience but despite that he joined the government of national unity and embraced the call by former president Nelson Mandela to build a united country, not to reverse and revenge but to accommodate all people and ensure we live together as South Africans,” Zikalala said.

While his leadership during the volatile early years of democracy took centre stage in the eloquent praise that was delivered by many speakers, his children took the time to tell a life story of an extraordinary father who moulded his family through love.

His daughter Makhosazane thanked her father for raising honest children, with integrity, who believed in accountability and embraced discipline.

“As a family we have had many happy times. We had loving parents and without realising it we learnt a lot from him. We are proud of being his descendants, to be a Mdlalose clan.

“We are proud to have had a father like him because he raised us in a family of service to others and our communities,” she said.

She also thanked the provincial government for acknowledging his father’s role in society. 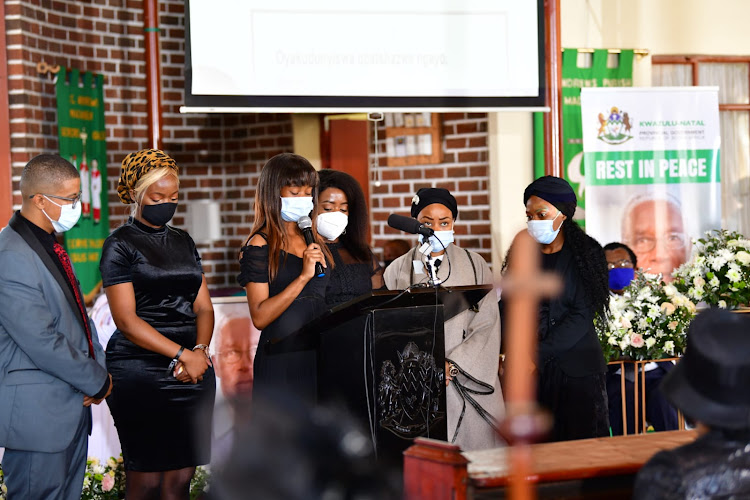 Mdlalose also served as SA's ambassador to Egypt. He retired from active politics in 2005.

IFP leader Velenkosini Hlabisa, delivering a message on behalf of party founder Mangosuthu Buthelezi, asked mourners not to grieve but to think of Mdlalose in glory.

He credited the late premier for representing the IFP during SA’s constitutional negotiations.

“He became one of the IFP’s main negotiators, and was our country’s champion for federalism and the creation of provinces.

“He remained our national chairperson and premier until ill health forced him to relinquish these positions, having laid a good foundation of democratic governance in KwaZulu-Natal. He handed over the premiership to Dr Ben Ngubane,” read Hlabisa.

The IFP thanked Mdlalose for “serving with distinction”, with Buthelezi saying it was an honour to have served the country alongside a leader of his calibre and to have maintained a friendship with him “long after our political work together ended”.

“He was a man of faith who put family first and served his community, he naturally ascended to leadership, he was respected throughout SA. On behalf of the IFP, I give thanks for the life of Dr Frank Mdlalose,” Hlabisa added.