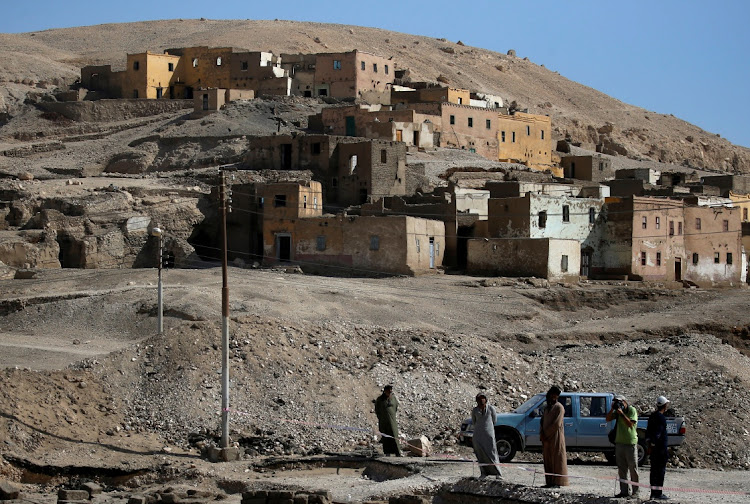 People stand by the village of Al-Qarna near the Colossi of Memnon (not pictured), the ruins of two stone statues that guarded the mortuary temple built for Pharaoh Amenhotep III, amid the Covid-19 pandemic in the West Bank of Luxor, Egypt, on April 10, 2021.
Image: REUTERS/ Amr Abdallah Dalsh

Archaeologists said on Thursday they had uncovered a large ancient pharaonic city that had lain unseen for centuries near some of Egypt's best known monuments.

The city was built more than 3,400 years ago during the opulent reign of Amenhotep III, one of Egypt's most powerful pharaohs, the Egyptian archaeologist overseeing the excavations, Zahi Hawass, said.

The team began searching for a mortuary temple near Luxor in September, but within weeks found mud brick formations in every direction, Zahi Hawass said in a statement.

They unearthed the well-preserved city that had almost complete walls and rooms filled with tools of daily life along with rings, scarabs, coloured pottery vessels and mud bricks bearing seals of Amenhotep's cartouche. 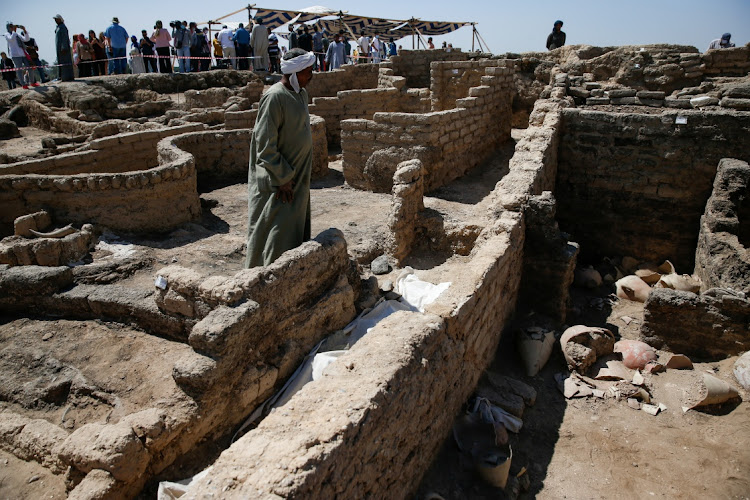 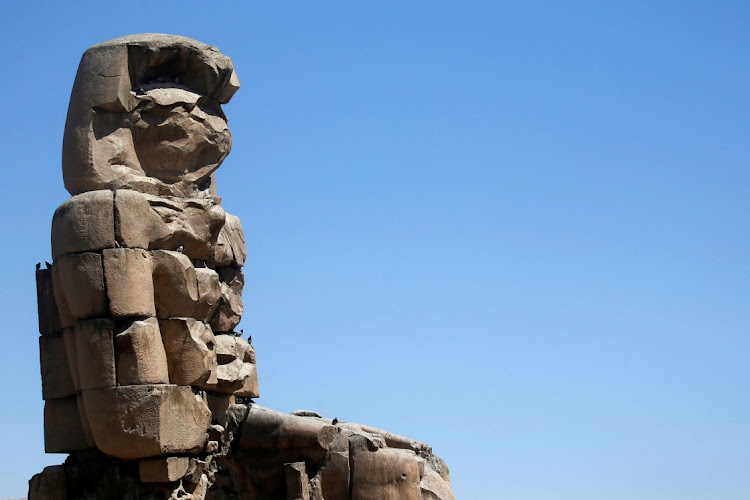 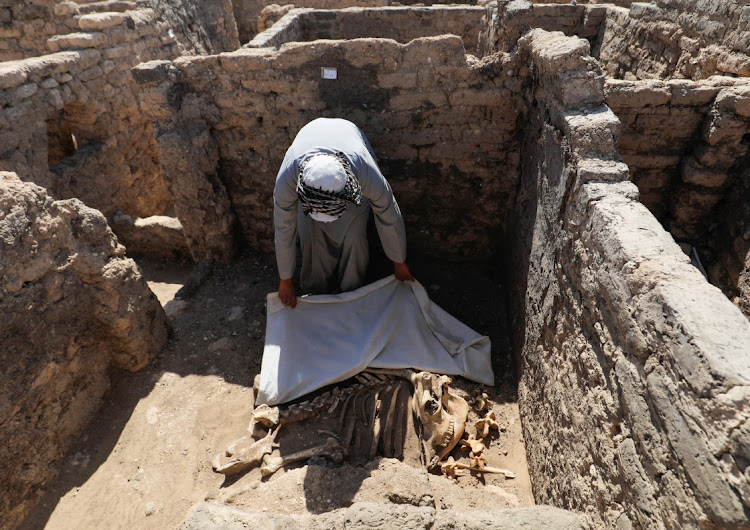 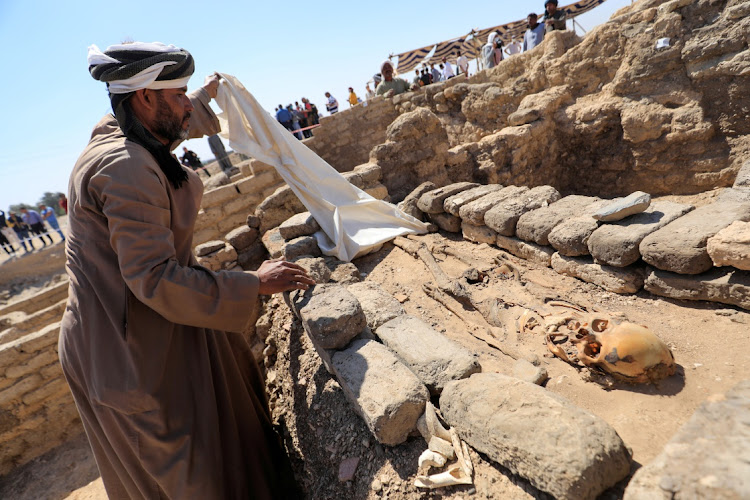 “The city's streets are flanked by houses ... some of their walls are up to three metres high,” Hawass said.

The excavations lie on the West Bank of Luxor near the Colossi of Memnon, Medinet Habu and the Ramesseum, or mortuary temple of King Ramses II, not far from the Valley of the Kings.

“This is a very important discovery,” Peter Lacovara, director of the US-based Ancient Egyptian Heritage and Archaeology Fund, told Reuters. 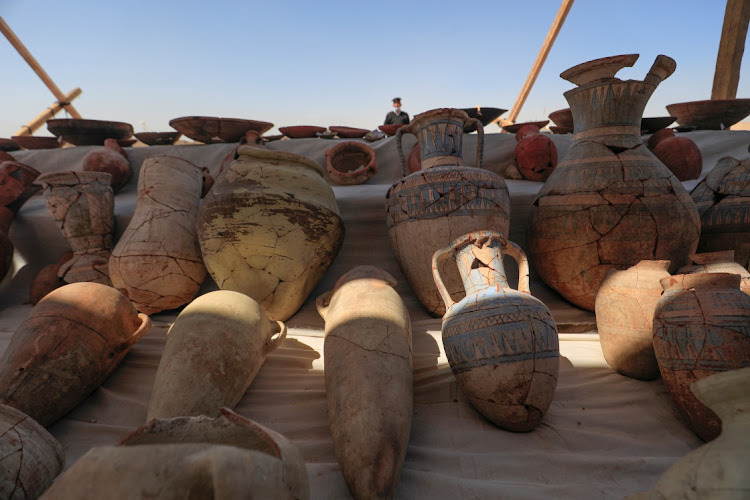 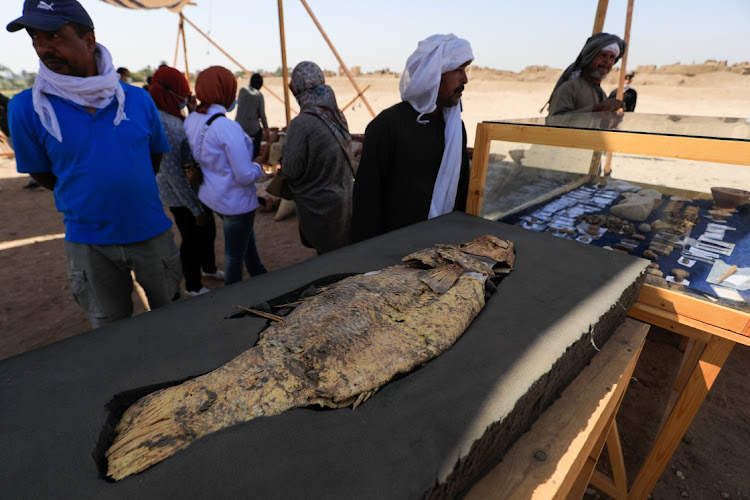 The state of preservation and the amount of items from everyday life brought to mind another famous excavation, he added.

“It is a sort of ancient Egyptian Pompeii and shows the critical need to preserve this area as an archaeological park,” said Lacovara, who has worked at the Malqata palace area for more than 20 years but was not involved in the excavations.

The site contains a large number of ovens and kilns for making glass and faience, along with the debris of thousands of statues, said Betsy Bryan, a specialist of Amenhotep III's reign.

“Just to locate the manufacturing centres opens up the detail of how the Egyptians under a great and wealthy ruler such as Amenhotep III did what they did. This will furnish knowledge for many years to come,” she added.

According to historical references it included three of Amenhotep III's palaces and the empire's administrative and industrial centre, Hawass's statement added.