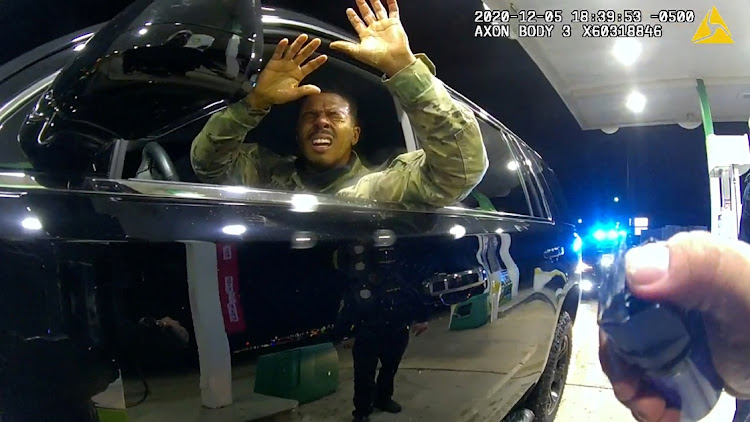 US Army 2nd Lieutenant Caron Nazario reacts as he holds up his hands after being sprayed with a chemical agent by Windsor police officer Joe Gutierrez during a violent traffic stop at a gas station in a still image from Gutierrez's body camera taken in Windsor, Virginia, US on May 12, 2020.
Image: REUTERS/ WINDSOR POLICE

A US Army lieutenant filed a lawsuit against two Virginia police officers in federal court over what court papers say was a violent traffic stop, where officers pointed their guns, knocked him to the ground, pepper sprayed him and “threatened to murder him.”

The suit, filed by Army officer Caron Nazario on April 2 in the US District Court of Norfolk, Virginia, against Windsor policemen Joe Gutierrez and Daniel Crocker, alleges violations to his constitutional rights, and includes assault, illegal search and illegal detention.

The incident captured on video comes at a time of heightened awareness over police arrests of minorities and racial justice, in the wake of the ongoing televised trial of former Minneapolis policeman Derek Chauvin after the death of George Floyd, a black man who died in police custody last May.

Telephone calls to the two police officers named in the suit, the Windsor police department and Nazario's attorney Jonathan Arthur, were not immediately returned to Reuters.

Nazario, who is Latino and Black, was in uniform and driving his new SUV with a temporary paper tag displayed on the back window on December 5, when he was told to pull over on US Highway 460 in Windsor, Virginia, a town of about 2,600 residents and about 70 miles southeast of Richmond. 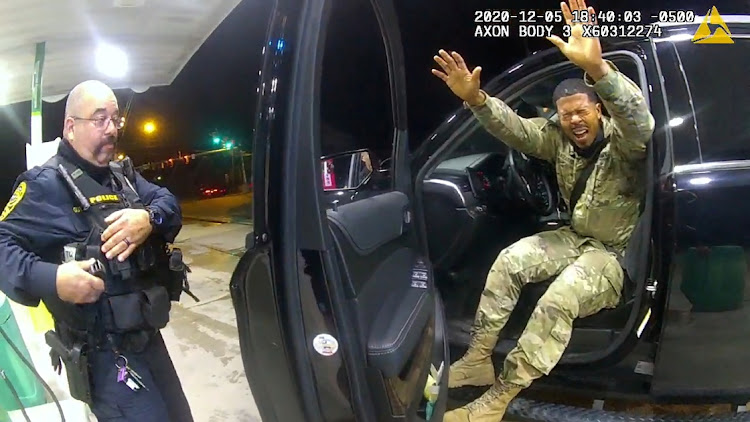 US Army 2nd Lieutenant Caron Nazario exits his vehicle after being sprayed with a chemical agent by Windsor police officer Joe Gutierrez (L) at a gas station during a violent traffic stop in a still image from officer Daniel Crocker's body camera taken in Windsor, Virginia, US on May 12, 2020.
Image: REUTERS/ WINDSOR POLICE

When a police cruiser signalled for him to stop, the lawsuit says Nazario put on his blinkers, slowed down and looked for a lighted place to stop.

The suit says an officer radioed to dispatch that a driver without a tag was “eluding police” and it was considered a “high risk stop,” and another police officer responded to the scene.

Nazario stopped at a nearby gas station, less than two minutes after being signalled to pull over. During the stop, which was captured on police body cameras and Nazario's cellphone, Nazario told police that he was afraid to get out of the vehicle. An officer responded, “Yeah you should be,” the suit says. 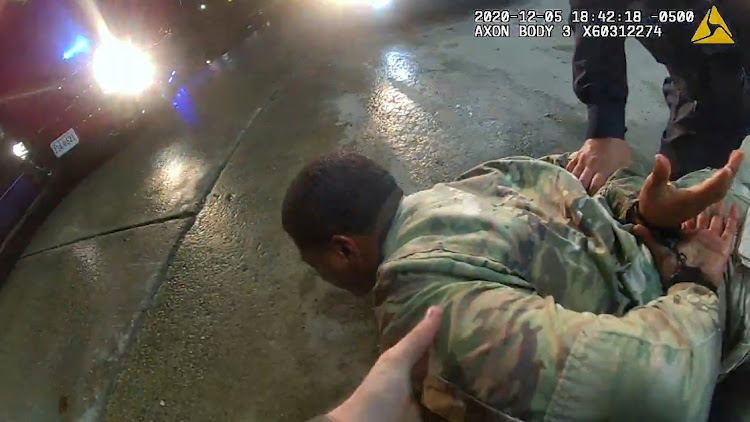 US Army 2nd Lieutenant Caron Nazario is handcuffed after being sprayed with a chemical agent by Windsor police officer Joe Gutierrez at a gas station during a violent traffic stop in a still image from officer Daniel Crocker's body camera taken in Windsor, Virginia, US on May 12, 2020.
Image: REUTERS/ WINDSOR POLICE

An officer also stated that Nazario was “fixing to ride the lightning,” in an apparent reference to execution by electrocution.

During the arrest, the suit says Nazario had his hands up, offered no resistance, but was pepper sprayed and violently knocked to the ground and detained. Ultimately the police chief responded to the scene and Nazario was released without charges, the suit says.

After the altercation, the suit says that officer Gutierrez said he understood why Nazario looked for a lighted place to pull over, and said: “I get it, the media spewing race relations between law enforcement and minorities. I get it.” 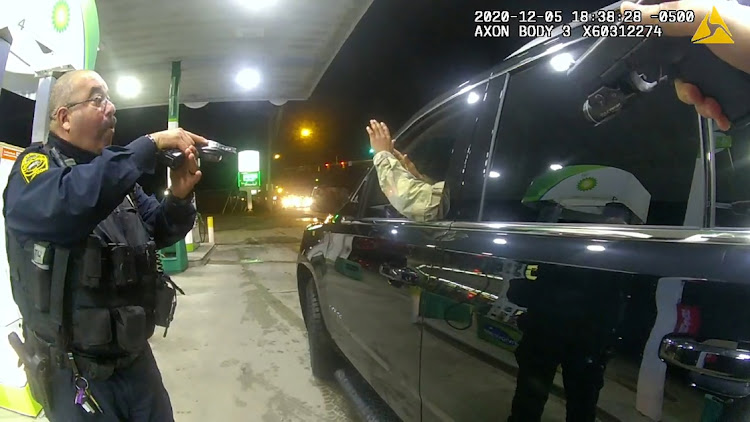 US Army 2nd Lieutenant Caron Nazario raises his hands at a gas station during a violent traffic stop by Windsor police officers Joe Gutierrez (L) and Daniel Crocker in a still image from Crocker's body camera taken in Windsor, Virginia, US on May 12, 2020.
Image: REUTERS/ WINDSOR POLICE