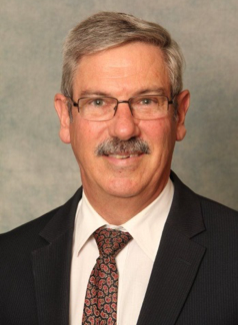 Eastern Cape High Court judge Johannes Eksteen said he learnt “with some surprise” over the last few days of a toxic atmosphere at the Supreme Court of Appeal (SCA).

“I have enjoyed wonderful collegiality with all my colleagues in that court and I think it functions wonderfully well,” said Eksteen.

Eksteen is one of 11 candidates for five vacancies on the SCA, SA’s second highest appeal court. He was interviewed by the Judicial Service Commission (JSC) on Wednesday.

He was referring to recurring allegations over the years that there was a group of senior judges at the SCA who mistreated junior and acting judges and had made working conditions very difficult for them at the Bloemfontein court.

The situation had become so bad that the court’s president, Mandisa Maya, had during a JSC session in April 2017 publicly laid bare the toxic working environment. In interviews with other candidates over the years, the culprits, who were never named, became known as “the top six”. In later interviews, candidates said that, after interventions from Maya, things had got a lot better.

In interviews on Monday, chief justice Mogoeng Mogoeng asked Constitutional Court candidate Rammaka Mathopo about the “top six”, specifically why the issue had not received more public attention and why they had not been named and shamed.

Mathopo suggested it may be because they were “of a particular colour” but also declined to name them, saying that those who complained had not named names, so he would be reporting what he heard.

Eksteen was asked if the reason he had not experienced the toxicity was because he was a white male while those who had experienced it had been black and women, including the candidate ahead of him, Gauteng High Court judge Zeenat Carelse.

He said he was not able to express the feelings and observations of his colleagues but he was not aware of it and had never seen a senior colleague abusing a junior. He said he could say that the atmosphere at the appeal court was more relaxed in the last 18 months than it was in 2015.

About identifying them, he said he would have thought the senior six judges of the SCA was “a matter of public record — so if the ‘top six’ refers to somebody else, I’m not aware of that”.