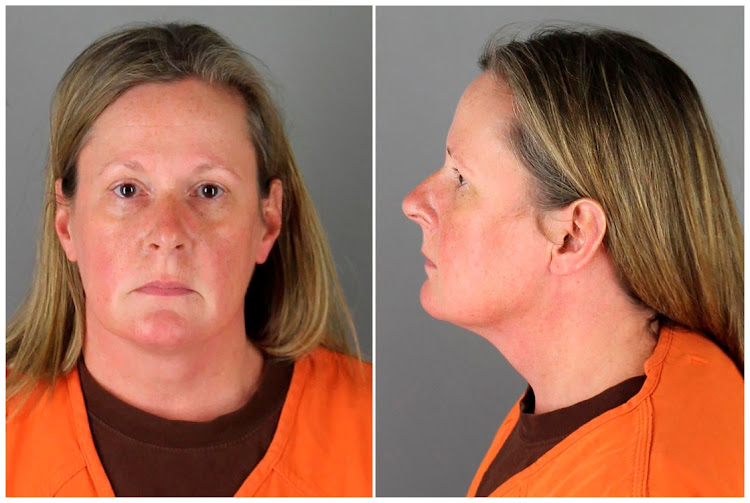 The white suburban police officer who fatally shot a young Black motorist during a traffic stop in Minnesota, igniting several nights of civil unrest, was charged with manslaughter on Wednesday, a day after the officer turned in her badge.

Daunte Wright, 20, was pulled over Sunday in the Minneapolis suburb of Brooklyn Center for what police said was an expired vehicle registration, then struggled with police and was shot dead by officer Kimberly Potter, 48, who had threatened to stun him with a Taser but fired her handgun instead.

The shooting escalated tensions in a region already on edge over the ongoing trial of a former Minneapolis police officer charged with murder in the use of deadly force last May against George Floyd, a 46-year-old Black man who was suspected of passing a bogus $20 bill.

Potter, a 26-year department veteran, was taken into custody by agents of the Minnesota Bureau of Criminal Apprehension at its office in nearby St. Paul, authorities said.

She was jailed on a charge of second-degree manslaughter but released hours later after posting $100,000 bond, according to jail records. Her first court appearance was set for Thursday at 1:30pm (1830 GMT).

Hundreds of protesters massed outside Brooklyn Center police headquarters for a fourth night on Wednesday, attending a rally that was mostly peaceful as darkness fell, with organisers urging the crowd to remain orderly.

Groups of demonstrators, however, persisted in taunting sheriff's deputies lined up behind a chain-link fence in front of the building, throwing objects over the barrier. The officers in turn periodically approached the fence to douse those on the other side with pepper spray. 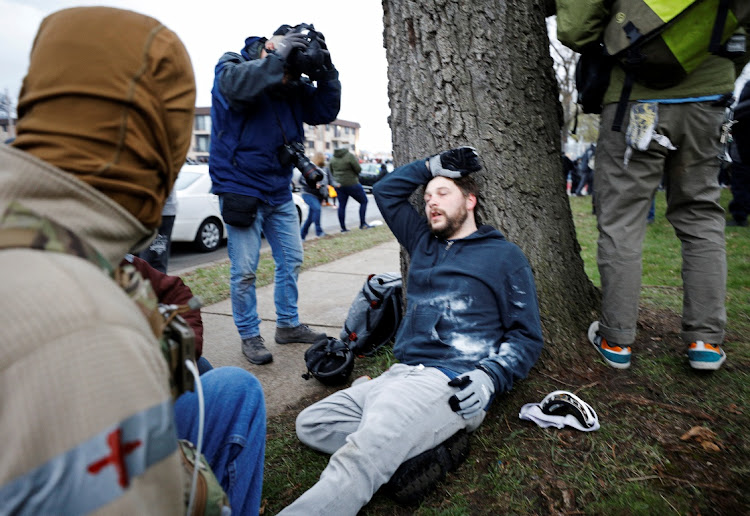 Similar activity on Tuesday night ended with deputies abruptly advancing on protesters with volleys of teargas, non-lethal rounds and flash-bang devices to disperse the crowd, two hours before a 10pm curfew went into effect.

Gassing, in my opinion, is not a humane way of policing

“Gassing, in my opinion, is not a humane way of policing,” Elliott told reporters. He also urged demonstrators to remain peaceful, saying: “The eyes of the world are on Brooklyn Center.”

As a curfew took effect on Wednesday night, law enforcement backed by National Guard troops moved again to break up the crowds with pepper spray and flash-bangs, though no teargas appeared to have been immediately used.

To convict Potter of second-degree manslaughter under Minnesota law, prosecutors must show that she was “culpably negligent” and took an “unreasonable risk” in her actions against Wright. The charge carries a maximum sentence of 10 years in prison and a $20,000 fine.

In a police video of the shooting, Potter shouts: “Taser, Taser, Taser!” as she draws her weapon and opens fire on Wright in his car after he had just pulled away from a fellow officer, then she is heard to say: “Holy shit, I just shot him.”

City Police Chief Jim Gannon, who also resigned on Tuesday, has said the shooting appeared to have been accidental.

The Washington County Attorney's Office, which brought the case, said Potter was acting as her partner's field training officer at the time of the shooting.

“Certain occupations carry an immense responsibility and none more so than a sworn police officer,” Imran Ali, head of the county attorney's major crimes unit, said in a statement.

Prosecutors will seek to prove that Potter “abrogated her responsibility to protect the public when she used her firearm rather than her Taser,” he said. “Her action caused the unlawful killing of Mr. Wright, and she must be held accountable.”

Potter's handgun and Taser were holstered on opposite sides of her belt in such a way that she would have had to use her left hand to draw the electric-stun device, the county attorney's office said. Instead, she pulled her Glock 9mm pistol with her right hand.

The prosecutors also said Potter's partner officer, Anthony Luckey, had determined after stopping Wright that he had an outstanding warrant for a “gross misdemeanour weapons charge.”

'THIS WAS NO ACCIDENT'

Wright died of a single gunshot wound to the chest, the coroner concluded in an autopsy that ruled the case a homicide.

“This was no accident. This was an intentional, deliberate, and unlawful use of force,” Crump said in a statement. “Driving while Black continues to result in a death sentence.”

Potter is at least the third US law enforcement officer to face charges after claiming they mistakenly killed someone with a gun when they meant to use a Taser.

Wright was shot just miles from the Minneapolis courthouse where the trial of Derek Chauvin, the ex-policeman charged with murdering Floyd, is taking place.

Floyd, who died in handcuffs with his neck pinned to the street under Chauvin's knee, became the face of a national movement against racial injustice and police brutality as protests against his killing swept the US last year in the midst of the coronavirus pandemic.