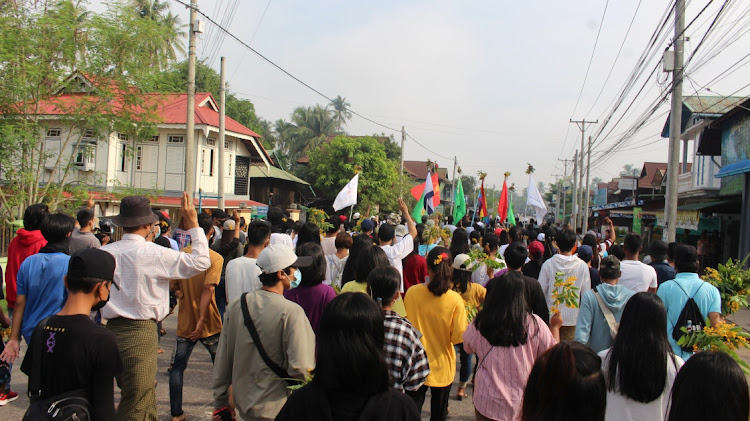 Myanmar security forces opened fire on Thursday on a pro-democracy protest by medical workers in the city of Mandalay, causing some casualties, media said.

Opponents of a February 1 coup that ousted an elected government led by Nobel peace laureate Aung San Suu Kyi have kept up their campaign against the military this traditional New Year week with a series of actions and marches.

Medical workers, some of whom have been at the forefront of the campaign against the coup, gathered in the second city of Mandalay early but troops soon arrived to disperse them, opening fire and detained some people, the Mizzima news agency said.

The agency said it did not have details of casualties or arrests. The BBC's Burmese-language service also reported the crackdown on the protest by medical workers.

A spokesperson for the junta could not be reached for comment.

The coup has plunged Myanmar into crisis after 10 years of tentative steps towards democracy, with daily protests and campaigns of defiance, including strikes by workers in many sectors that have brought the economy to a standstill.

The five-day New Year holiday, known as Thingyan, began on Tuesday but pro-democracy activists cancelled the usual festivities to focus on their opposition to the generals who seized power.

The military says the protests are dwindling.

An activist group, the Assistance Association for Political Prisoners, says the security forces have killed 715 protesters since the ousting of Suu Kyi's government.

The United Nations human rights office said on Tuesday it feared the military clampdown on the protests risked escalating into a civil conflict, such as that in Syria.