US House Republicans would act against Gaetz if charges filed, lawmaker says 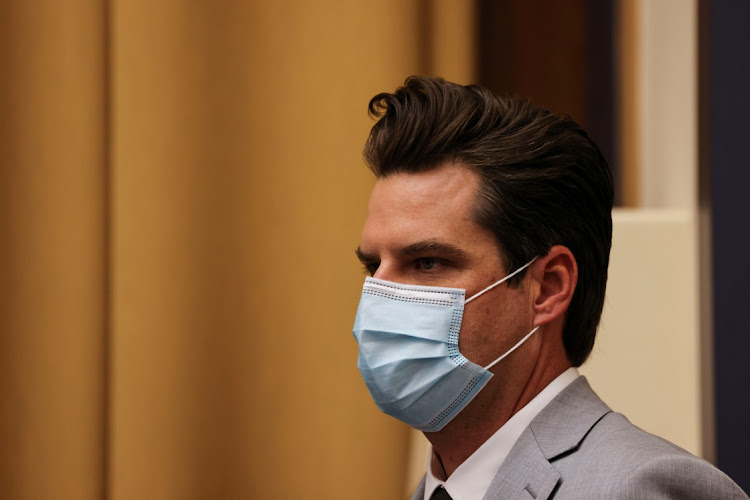 Republican leaders in the US House of Representatives would take action against embattled Republican congressman Matt Gaetz if the Justice Department formally charges him, the party's second-ranking member in the chamber said on Wednesday.

Representative Steve Scalise did not specify precisely how they might act but said the precedent was to remove members who are formally charged from congressional committees.

The Justice Department is investigating whether Gaetz may have violated sex-trafficking laws by paying travel expenses for a 17-year-old female, according to a US law enforcement source who spoke on condition of anonymity.

Gaetz has not been charged with any crimes, has called the accusations false, and has repeatedly denied any wrongdoing.

“It's hard to speculate on rumours. But if something really formal happened from Justice, we would of course react and take action,” Scalise told reporters.

“There have been a few cases where members have had charges filed against them for various things and we've removed them from committees immediately,” he added. “That's been the precedent that we’ve always followed.”

House Republican leader Kevin McCarthy has resisted pressure from Democrats to remove Gaetz from House committees while the investigation is under way, including the House Judiciary Committee that oversees the Justice Department.

The House Ethics Committee is also investigating Gaetz over allegations including possible sexual misconduct and illicit drug use, according to the panel's Democratic chairman and top Republican. Republican Representative Adam Kinzinger has called on him to resign.

Speaking at a “Save America Summit” at the Trump National Doral resort in Miami last week, Gaetz said “wild conspiracy theories” were being used to smear him. “I'm built for the battle, and I'm not going anywhere,” he said.