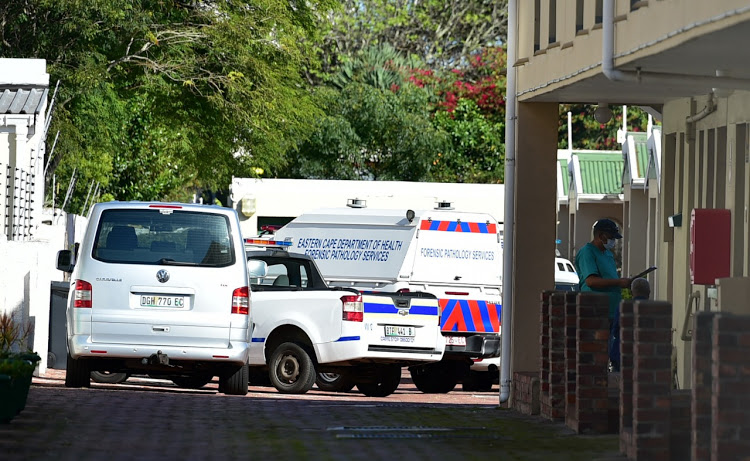 An elderly couple found dead at the Carriage Way retirement village in Gqeberha on Sunday had been private people who kept to themselves, an employee at the village said.

The couple had lived at the St George’s Park village for about a year but were never seen visiting other residents.

“They kept to themselves a lot. It was always just the two of them.

“Even though some residents do visit one another, I had never seen the couple visit anyone.

“They were always indoors and if they went anywhere, they would go together.”

What has happened to society when men kill those they should protect?

In African culture, men are expected not only to play the role of provider, but to act as protector for their children, wives and by extension even ...
News
1 year ago

Their bodies were found by a caregiver at about 7am when she went to check on them as she had last heard from them on Thursday.

Police spokesperson Colonel Priscilla Naidu said the caregiver had to get a security guard to open the door of the house.

“They opened the house and found the couple in the bathtub.”

She said the woman, 79, had multiple stab wounds.

The man, 81, had no visible signs of injuries.

Naidu said the couple could not be named until their next of kin had been notified and the bodies identified.

“Nothing was taken from the house and there were no signs of forced entry,” she said.

All the doors and windows were locked.

A man in his 70s was killed and his wife seriously injured after being stabbed several times during a suspected house robbery at Mbombela on Thursday.
News
1 year ago

Naidu said postmortems would be done to establish the exact cause of death.

Police and forensics personnel were on the scene on Sunday.

No entry was allowed until after midday.

The employee said the couple’s family had not arrived at the scene on Sunday afternoon.

“It was only the police and forensics as well as the retirement village’s committee who were here all morning.”

Deborah Merrick, a trustee at the village, said she could not speak about the incident.

An elderly man knocked over and dragged underneath a vehicle for more than 20m in Motherwell — leaving his bones and muscles exposed — has welcomed ...
News
1 year ago

Residents were shocked when the news spread.

One, who also declined to be named, said: “They kept to themselves. There is not a lot of socialising any more with Covid-19.”