'The idea that you’re washed up at 70 is a very old idea,' judge vying for top post tells JSC 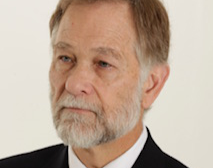 The Judicial Service Commission (JSC) on Monday interviewed judge Roland Sutherland for the position of deputy judge president of Gauteng.

The 70-year-old judge delivered an impressive interview, not allowing age to deter him from vying for the position.

“The idea that you’re washed up at the age of 70 is a very old idea — 70 is the new 50 in my book and I am the right president of the club for promoting that idea,” Sutherland told the commission.

“I think you will find that people in my generation carry on [working] well into their 80s, so if there is anyone here on the commission who can ride a bicycle on a 100km route in three-and-a-half hours, I invite you to join me and we will see who gets the orange first,” he added.

Sutherland faced intense scrutiny by the interviewing panel on issues of racial and gender transformation and judicial case flow management.

The judge, who has been in the legal fraternity since the 1970s, explained that while his white skin had advanced and opened many doors for him over the years, to the apartheid or anti-black system, he was what could be labelled a disappointment.

Gauteng High Court judge Wendy Hughes is one of 11 candidates nominated for five vacancies on the Supreme Court of Appeal.
News
1 year ago

“I don’t deny that my white skin has allowed me to be free from oppression but the extent to which privilege explains why I am here is a bit more complicated,” said Sutherland.

“I didn’t grow up in an affluent family. I had no prospects of a university education. My parents had no money. The reason I found myself in the civil service straight after school was because I took advantage of a bursary in order to educate myself. I and my brother are the first members of my family to see the inside of a university,

“I am not an example of someone who was born with a silver spoon in my mouth. I got here on my own and I am conscious of the fact that because I am white, I had certain advantages given to be me under apartheid.

“What I am proud to say is that I have never served the apartheid project. I have throughout my life been in opposition to it — as a boy, as a man, as a professional and if anyone thought the investment that the apartheid state made in my education was going to accrue to its benefit, they have been sorely disappointed,” he added.

Eastern Cape High Court judge Johannes Eksteen says he has not experienced toxicity at the SCA, despite recurring allegations over the years.
News
1 year ago

Among the panelists interviewing Sutherland was advocate Dali Mpofu, who essentially vouched for him, saying he recalled how in the apartheid years, Sutherland took on several cases to defend MK veterans in cases that he himself was involved in.

He said should he get the job, one of the aspects he would fast-track would be the digitisation of the judiciary, saying the recent fire which gutted part of the University of Cape Town, destroying decades of books and documentation, highlighted the importance of this.