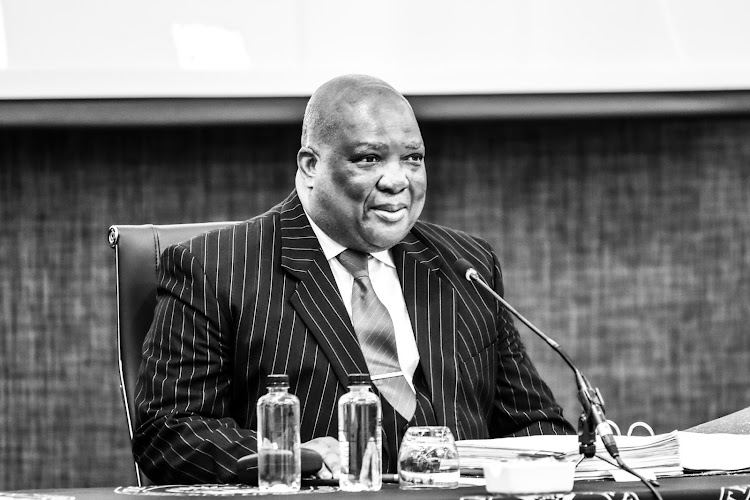 The Judicial Service Commission has recommended Muzi 'MT' Ncube for secondment to the land claims court in the KwaZulu-Natal Division of the High Court.
Image: RSA Judiciary

Regional court magistrate Muzi “MT” Ncube, who began his legal life as a court interpreter in 1982, has been recommended by the Judicial Service Commission (JSC) for appointment to the KwaZulu-Natal bench, for secondment to the land claims court.

Ncube, who has a master's in environment law, and has had several acting stints in both courts, was outspoken during his interview on Thursday, about the need for the government to expropriate land — including, if need be, land governed by amakhosi in the province under the auspices of the Ingonyama Trust.

Regarding expropriation without compensation, he was adamant that while law provided for “nil” or below market compensation, this was in direct conflict with the constitution and its limitation clauses, which would need to be amended to clear up any ambiguity.

Asked what could be done about those people who lived on land under the leadership of traditional councils, with no security of tenure, he said: “There is no harm if the government expropriates the land and gives it to the landless people.

“That is the only solution. We cannot talk about access to land without talking about expropriation.”

Regarding the challenge to this by traditional leaders, he said: “All people are vocal when it comes to land, even private landowners. So if traditional leaders are vocal, it is not something new. But if we are serious about giving the land to the people, it can be expropriated.”

Ncube said his passion for human rights and land reform was evident from a ruling he gave in which he appointed a “special master” to oversee the process of the recognition of the rights of labour tenants.

“People had waited for more than 20 years for the land the constitution had promised them. The aim of the special master was to work hand-in-hand with the department to speed up the process,” he said.

“The Supreme Court of Appeal found that it was judicial over-reach and overturned the order. But the Constitutional Court reinstated it, saying it was an effective judicial intervention in an endeavour to assist the poor and the landless.”

Ncube’s opponent for the position was North Gauteng High Court judge Cassim Sardiwalla, who said he believed “mediation” was the answer to the ongoing issue over the Ingonyama Trust.

“This has been a thorn for the government. This impasse will not be resolved, even if litigated upon. The issues are far too big to be dealt with in a court, in my opinion.”