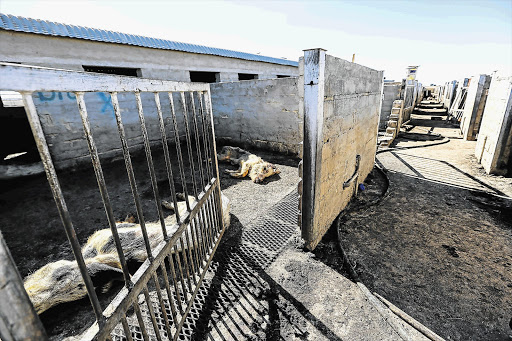 The privately prosecuted animal cruelty case dating back to 2014 against National Assembly speaker Thandi Modise was dismissed in the Potchefstroom regional court on Friday.

The court ruled there was not enough evidence to prove the case against Modise, eNCA reported.

The case was heard years after a visit to her farm in Modderfontein, east of Johannesburg, by Society for the Prevention of Cruelty to Animals (SPCA) inspectors who found scores of dead animals, including chickens, geese and sheep. This was after receiving a tip-off that animals on the property had been abandoned.

Sometimes with the ANC, it’s not malice. It’s just stupidity

Thandi Modise doesn’t know ‘every little thing’, while whoever stole a Zondo probe computer clearly knows nothing at all
News
3 weeks ago

The Sunday Times reported at the time that animals had to be euthanised because of their poor condition. The SPCA said officials were shocked by the sight of live pigs cannibalising on dead pigs to survive.

AfriForum’s private prosecution unit announced in 2018 that it would prosecute Modise on behalf of the SPCA after a decision by the National Prosecuting Authority not to prosecute the case.

The court found on Friday that Modise could not be held responsible for what happened on the farm. A man had been appointed at the farm to look after the animals.