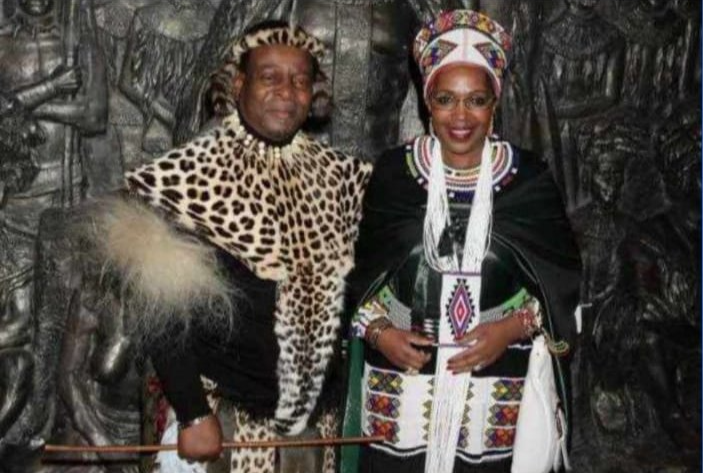 The Zulu nation has experienced the double loss of its king and queen.
Image: Mkhuleko Hlengwa via Twitter

Her death came just over a month after she became regent following the death of King Goodwill Zwelithini. She became the regent in an “interregnum” until an official successor is named.

Traditional prime minister to the Zulu monarch and nation Mangosuthu Buthelezi announced the unexpected death of the Zulu regent on Thursday night.

Buthelezi said the royal family was grief-stricken but offered assurance there would be no leadership vacuum in the Zulu nation.

Queen Shiyiwe Mantfombi Dlamini Zulu to be buried on Thursday

Regent of the Zulu nation, Queen Shiyiwe Mantfombi Dlamini Zulu, will be buried at a private funeral at the "crack of dawn" on Thursday.
News
1 year ago

Zikalala said the queen’s death was also a blow to the entire nation.

He committed to offering support to the family and said the provincial government will be “in constant touch” with the national government.

Ramaphosa said the queen’s death came as a shock, especially after the king’s passing a month earlier.

The public took to social media to convey condolences to the family and Zulu nation.

Zikalala said on Sunday the provincial government had submitted a proposal to the presidency requesting a state funeral for the Zulu regent.

Queen will be buried at a private funeral

On Monday Buthelezi announced the Zulu regent will be buried in the early hours of Thursday at a private funeral. The queen will be transported from Johannesburg on Wednesday to the royal palace of KwaKhangelamankengane in Nongoma.

A funeral service will be held at the palace on Friday. It will be presided over by the Seventh-day Adventist Church to which the queen belonged.

KZN premier Sihle Zikalala and President Cyril Ramaphosa have shared their shock and sadness at the sudden death of Queen Shiyiwe Mantfombi Dlamini ...
News
1 year ago

The Sunday Times reported the Zulu royal household is battling claims that the king’s will may have been forged. There is also a separate court bid by his first wife, Queen Sibongile Dlamini, to interdict the coronation of a new ruler.

The king’s daughters from Dlamini, Princess Ntandoyenkosi and Princess Ntombizosuthu, told the publication they believe the will in royal family lawyer Jerome Ngwenya’s possession may be fraudulent and they plan to seek an interdict to halt its execution until its authenticity has been fully tested.

Dlamini approached the high court in Pietermaritzburg to recognise her civil marriage to the late king as his only legally binding union. The matter is set down for May 7.