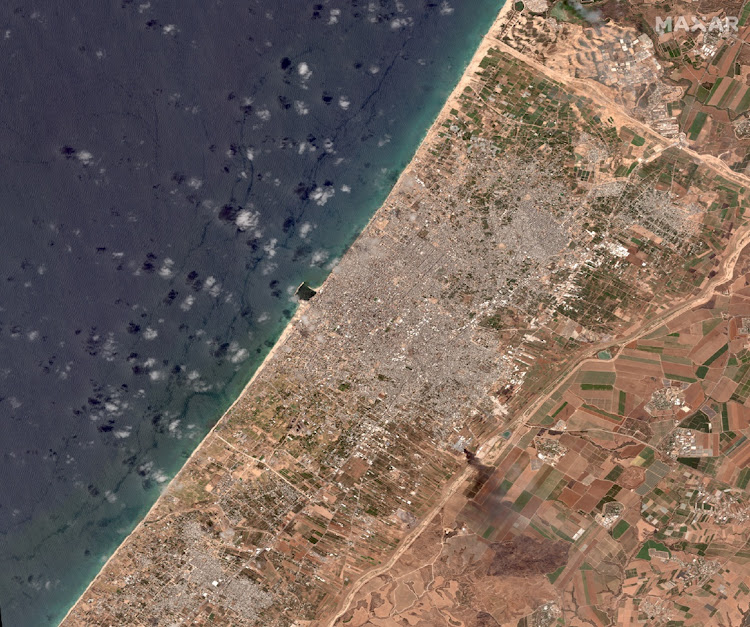 A satellite view shows aftermath of the damage in and around Gaza City after the past 11 days of fighting between Israel and the Palestinians May 20, 2021.
Image: Satellite image/ 2021 Maxar Technologies/Handout via REUTERS

A ceasefire between Israel and Hamas-led Palestinian militants in the Gaza Strip held into Saturday as officials said Egyptian mediators conferred with the sides on securing longer-term calm.

The ceasefire began before dawn on Friday, ending 11 days of cross-border shelling exchanges that caused fresh devastation in Gaza, shook up Israel and raised international concern about a slide into wider regional conflict.

Egypt, which mediated the halt to the fighting with US support, sent a delegation to Israel at around noon on Friday to discuss ways of firming up the ceasefire, including with aid for Palestinians in Gaza, Hamas officials told Reuters.

The delegates have since been shuttling between Israel and Gaza, with talks continuing on Saturday, the officials said.

Israel and Hamas will cease fire across the Gaza Strip border as of 2am on Friday (11pm GMT Thursday), an official with the Palestinian Islamist ...
News
1 year ago

Despite confrontations between Israeli police and Palestinian protesters at a Jerusalem holy site on Friday, there were no reports of Hamas rocket launches from Gaza or Israeli military strikes on the enclave as of Saturday morning.

US President Joe Biden said on Thursday that Washington would work with the United Nations on bringing humanitarian and reconstruction assistance to Gaza, with safeguards against funds being used to arm Hamas, which the West deems a terrorist group.

Israel said its forces killed more than 200 fighters from Hamas and allied faction Islamic Jihad, and that at least 17 civilian fatalities in Gaza were caused by militants' rockets falling short.