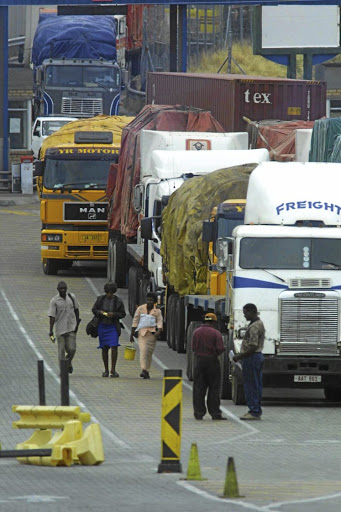 The National Employers Association of South Africa (Neasa) is opposing the transport department’s proposed amendments to regulations, which include banning foreign drivers who do not have a valid SA Professional Drivers Permit (PDP) from driving a vehicle registered in the country.

The department published the proposed changes in the government gazette last month.

According to the draft amendments, a foreign driver may only drive a vehicle registered in the country where the PDP was issued.

“The purpose of this amendment, ostensibly, is to reduce the number of foreign drivers of vehicles in the South African transport industry,” Neasa said in a statement.

“This desire, supposedly, emanates from the violence the transport industry has been experiencing over the last number of years and which was allegedly due to the dissatisfaction of certain 'terror' organisations with the number of foreign drivers of South African vehicles.”

Neasa said the proposed changes would force employers to immediately dismiss all foreign drivers now lawfully in their employ.

This, the organisation said, would be an infringement of the constitutional right to fair labour practices, which also extends to foreigners.

“Employers generally employ foreigners as it reduces delays at border controls where cross-border transportation takes place. The banning of foreign drivers will lead to longer standing times, less turnover and less income for the economy.”

Neasa said some countries might adopt the same approach to SA drivers in retaliation to the proposed changes.

“On this premise, it is clear that these amendments will not achieve what they set out to do and will cause immeasurable harm to employers, the economy, collective bargaining and international relations.”

FAW Trucks Eastern Cape will celebrate two years as one of the truck brand’s top dealerships in SA in June.
News
11 months ago