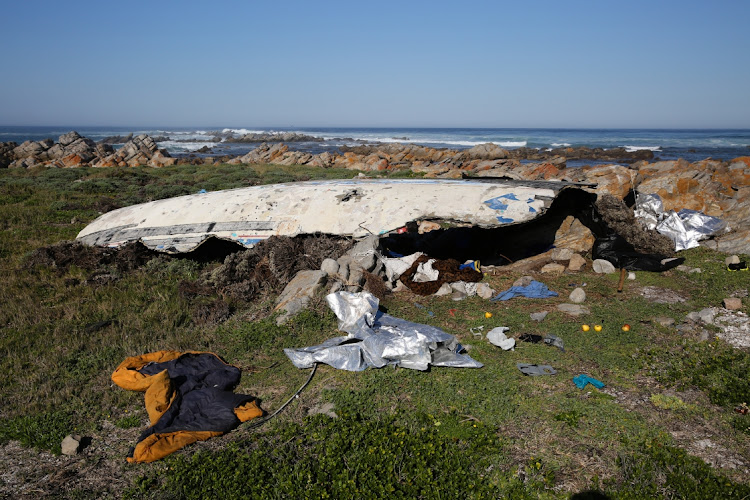 NO-ONE HOME: Though a security company removed some squatters,  belongings indicate that the squatters might still be using the hull of an abandoned boat as their home
Image: WERNER HILLS

A group of squatters is causing a boatload of trouble in the Cape St Francis Nature Reserve where they have been living in the wreck of an old boat.

The squatters holed up  under the wreck about two weeks ago.

The debris they scattered around their camp and the increased fire risk their presence posed raised the concern of a volunteer group that has been managing the reserve for 20 years.

Members of the group and local anglers said the men were destroying the surroundings by pulling out the fynbos to insulate their bivouac and using it as firewood, and they had ignored several efforts to get them to move on.

“These reserves are an asset for everyone and we need to keep them safe, clean and protected environmentally otherwise their value is lost,” he said.

“We already employ two workers on a full-time basis to help us remove aliens and there is huge scope for ramping up eco-tourism and palaeo-tourism, linked to the many red data plant species and the archaeological sites in the dunes, which can create more jobs.”

He said Foster was proud of its work and happy to continue in its role of supporting the government’s nature conservation mandate, but the organisation needed urgent state support to help with problems like the incursion of vagrants.

“The government spends on average 28 times more than we do to manage similar dune veld reserves so we are super-efficient, but we really need the state to support us when we are faced with issues like the squatters at the Cape St Francis Nature Reserve.” 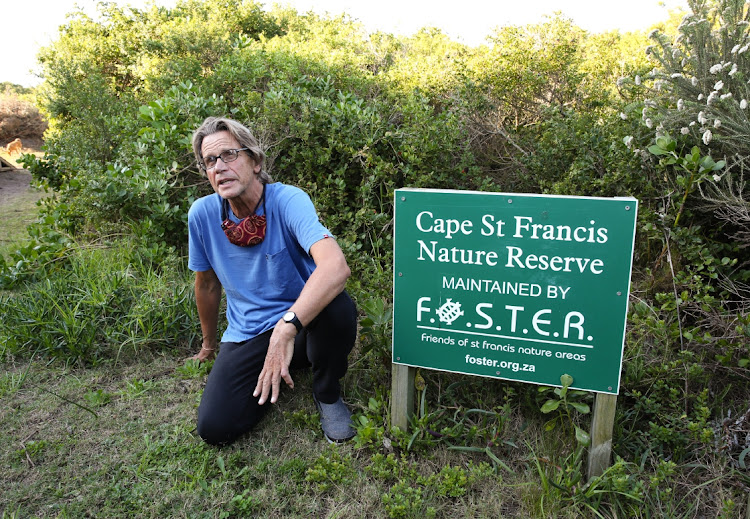 Cowling, an A-rated botanist with Nelson Mandela University, said the coast was already plagued by perlemoen poaching and the concern was that, if the squatter problem was not nipped in the bud, a no-go zone controlled by eco-hoodlums like in parts of the Overberg in the Western Cape could quickly develop.

“But when we contacted the agency, they told us they had no money to intervene in this matter, which is incredible considering that these reserves fall into a designated critical biodiversity area.

“To us, this is a glaring example of dysfunctional government.”

On Thursday afternoon, The Herald walked 20 minutes along a coastal path through the reserve to get to the squatters' camp only to find no-one there.

Piles of debris, including paper and plastic, cooking tins, perlemoen shells, swimming goggles, blankets, roof insulation sheeting used apparently to keep warm, a clothes hanger, a CD of love songs, part of a CD player and a heart monitor, were scattered underneath and around the boat.

Cowling said on Thursday night that two of the squatters who had been ejected by security guards had accepted accommodation offered by local residents.

“We’re very glad because they are not out on the street.

“But though the matter has been solved for now we will need to keep an eye on it and we’re really hoping that the authorities will support us.” 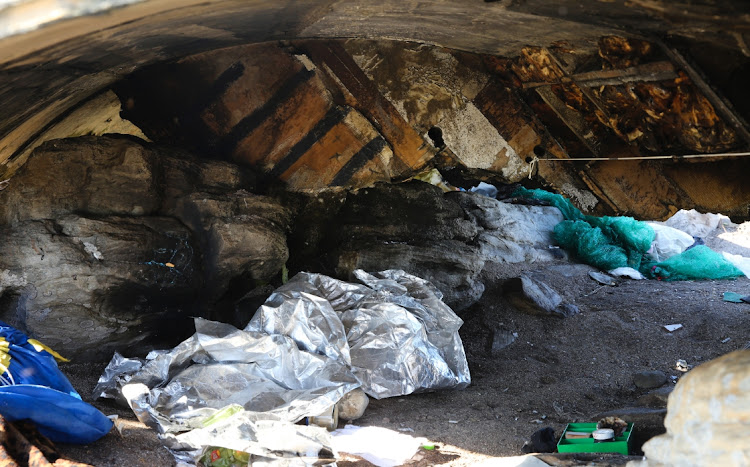 SIGN OF LIFE: Some belongings of the squatters remain under the wrecked boat
Image: WERNER HILLS

Questions were sent to the parks and tourism agency and spokesperson Oyanga Ngalika, who replied: “Cape St Francis [Nature Reserve] falls under Dedeat [the department of economic development, environment and tourism].

“The East Cape Parks and Tourism Agency has no jurisdiction in these matters.”

Questions were sent to economic development, but no response had been received by the time of going to print.

Questions were also sent to the provincial human settlements department around the issues of housing, squatting, law and order, and whether the department would be able to intervene to solve the situation.

Spokesperson Yanga Funani said the Kouga Municipality had identified that there was a need for 2,500 houses in the Cape St Francis area.

“The land in question belongs to the national department of public works.

“This department, as legal owner of the land, has to deal with ‘incursions’ on that land.

“The department of human settlements can, therefore, not take any action as this department is not the land owner.”