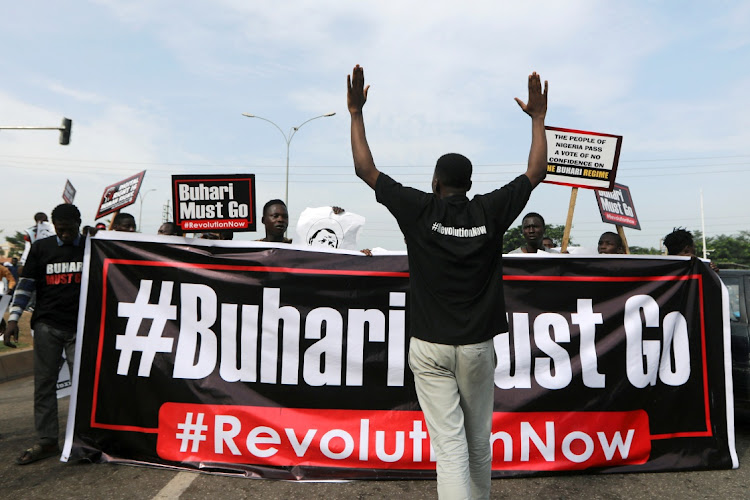 Police fired teargas and detained several demonstrators in the Nigerian cities of Lagos and Abuja on Saturday during protests over the country's worsening security situation.

Anger over mass kidnappings-for-ransom, a decade-long Islamist insurgency and a crackdown on protesters in Lagos last October has fuelled demands for the government of President Muhammadu Buhari to do more to tackle violence and insecurity.

There was a heavy police presence in the country's two major cities as several hundred people gathered to protest on Democracy Day, which marks Nigeria's move to civilian rule more than 20 years ago.

Reuters witnesses in Lagos and the capital Abuja saw police shooting their guns into the air and firing teargas into the crowds to disperse the demonstrators, who held placards and chanted “Buhari must go”.

“We cannot continue like this ... all the bad governance must stop,” said protester Samson Okafor in Lagos, where teargas canisters smouldered in the street as police shouted at demonstrators to leave the scene. 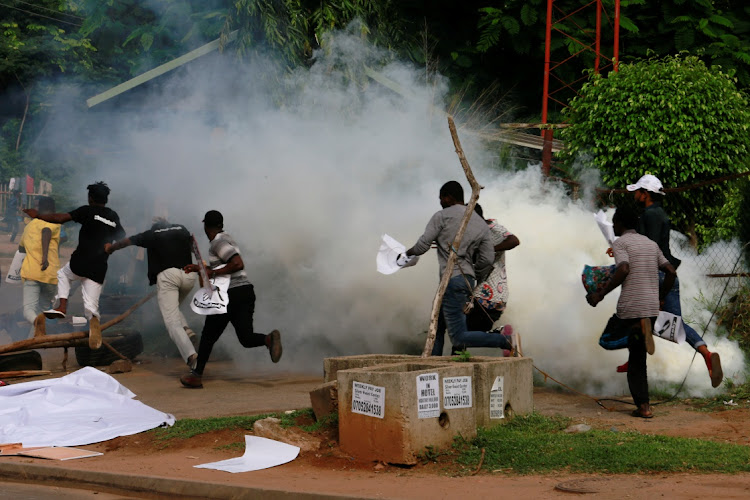 Protesters run from tear gas thrown by the police during a June 12 Democracy Day rally in Abuja, Nigeria, on June 12 2021.
Image: REUTERS/Afolabi Sotunde

Officers were also seen smashing mobile phones confiscated from protesters, some of whom criticised the government's decision to suspend access to Twitter after the social media platform removed a recent post by Buhari.

Abuja police spokesperson Yusuf Mariam said officers in the capital made no arrests but had “restored calm” after people gathered who were “inciting public disturbance and breaching public peace.”

He did not comment on the Lagos protests, and other police spokespersons did not immediately respond to requests for comment.

Before fleeing under clouds of teargas, demonstrators in Abuja marched with banners reading "#Buhari Must Go” and other slogans denouncing rising insecurity and the country's 33.3% unemployment rate.

Some also carried placards demanding the release of Ibrahim Zakzaky, the imprisoned leader of banned Nigerian Shi'ite group the Islamic Movement of Nigeria.