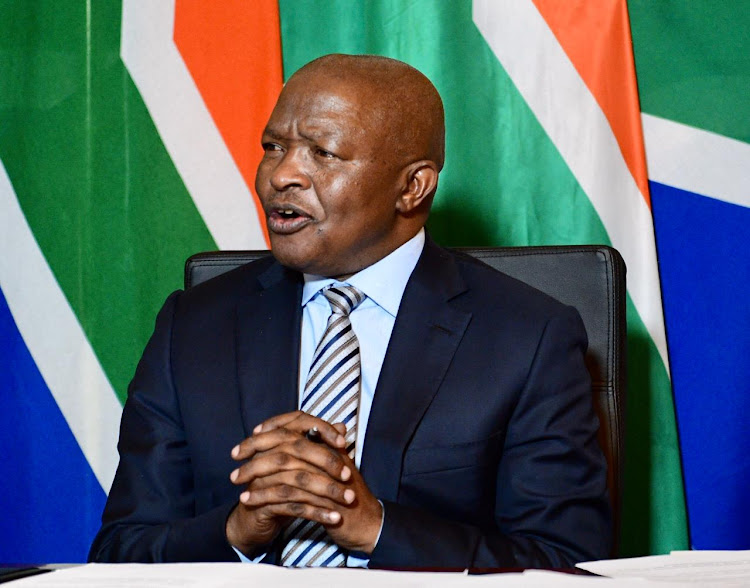 Deputy president David Mabuza expressed concern about comments made in parliament about the troubles at Eskom.
Image: GCIS

Mabuza, who was answering oral questions in the National Council of Provinces, said he is concerned about the racial tone that South Africans, especially MPs, take when they discuss problems at the power utility.

Mabuza said he was uncertain whether this racial tone was happening within the entity itself but that it was happening outside Eskom and in parliament.

Mabuza denies receiving a donation from US company General Electric

Mabuza, who leads a government task team on the sustainability and turnaround of the power utility, told MPs that he will always listen to problems raised about Eskom - but begged them to “desist from going a step further to put a colour into that challenge”.

He said suspensions of employees took place because they were suspected of wrongdoing, and not because of their skin colour.

“We must move away [from that], otherwise we are regressing as a country. That's my appeal,” he said.

“Of course I am taking it upon myself to investigate and to come back to you on the matter of the COO as the shareholder of Stefanutti to say how far are we ... but let us desist from making every challenge that we are facing a racial problem.

“I take it we are one country, we are one South Africa, we must openly be seen working towards the unity of our people in their diversity,” he added.

OPINION | Politicians found in wrongdoing must apologise and resign

Until the R150m Digital Vibes scandal exploded into the public domain, health minister Dr  Zweli Mkhize was the credible and hardworking face of ...
News
1 year ago

EFF MP Sam Zandamela had asked about black executives who had been suspended while under investigation, or for incompetence, while their white counterparts remained in their jobs.

Zandamela noted that Eskom COO Jan Oberholzer was not suspended when he was being investigated for alleged corruption, dishonesty, conflict of interest, and abuse of power in relation to alleged links to Eskom contractor, Stefanutti Stocks. Oberholzer was cleared of wrongdoing, with an investigation finding that he properly declared his interests in accordance with Eskom policy.

“We are asking you again, is it only black African managers who get suspended pending investigations at Eskom?” he asked.

He lamented the suspension pending an investigation of former Eskom head of procurement Solly Tshitangano, who was dismissed last month.

Among the allegations investigated by advocate Ishmael Semenya against Tshitangano was that he had claimed Eskom group CEO Andre de Ruyter was guilty of racism and had preferred a white company above another that is black-owned on racial grounds.

According to Semenya, Tshitangano denied making these allegations. Semenya also found no substantiation for the allegation that De Ruyter had conducted himself in any manner that would amount to racist practice.