Navalny mocks Putin over accusation he consciously left in a coma 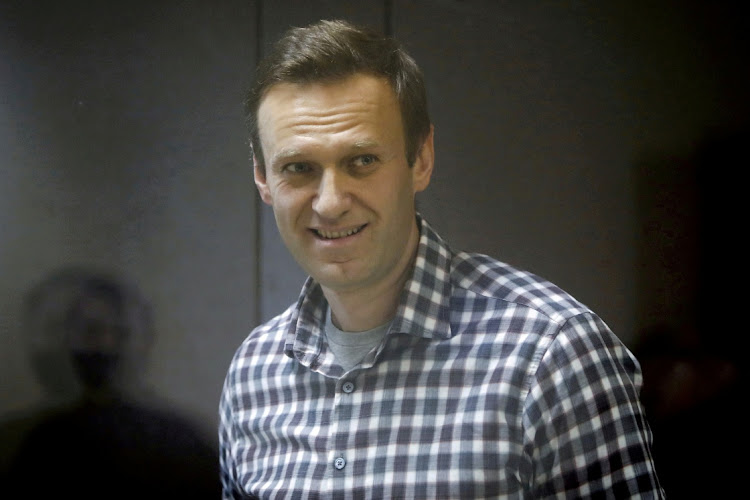 FILE PHOTO:Navalny, who is serving two and half years over the parole violations, used an Instagram post published via his lawyers to say that his medical evacuation had been sanctioned by Putin himself at the German government's request.
Image: REUTERS/Maxim Shemetov/File Photo

Jailed Kremlin critic Alexei Navalny mocked President Vladimir Putin on Thursday for accusing him of knowingly breaking the law when he was evacuated from Russia last year in a coma.

Navalny was flown to Germany in August after being poisoned with what German doctors would later say was a military-grade nerve agent. He was unconscious in a coma at the time.

Putin told a news briefing on Wednesday after his summit with U.S. President Joe Biden that Navalny had consciously violated the terms of his parole related to a suspended prison sentence when he had left for Germany.

“He needed to check in with the authorities as someone who was twice sentenced to suspended prison time. Fully cognisant of what he was doing, I want to emphasise this, and disregarding this legal requirement, this gentleman went abroad for medical treatment,” Putin told reporters.

Putin also said that Navalny had violated the terms of his parole after being released from hospital in Germany and had known he would be arrested on his return to Russia but had “deliberately decided to get arrested”.

Jailed Kremlin critic Alexei Navalny has been returned to the original correctional facility where he had been serving out a sentence after he ...
News
7 months ago

Navalny, who is serving two and half years over the parole violations, used an Instagram post published via his lawyers to say that his medical evacuation had been sanctioned by Putin himself at the German government's request.

He mocked the idea that he had “consciously” gone abroad, in the post that included a photo of him being loaded into the plane on a stretcher.

“Putin gets the sweats and a terrible headache if he hasn't lied to someone along the lines of: 'People's incomes in Russia are going up, there won't be mandatory vaccination in Russia and Navalny consciously went abroad,'" the post read.

Moscow has introduced compulsory vaccination for some workers.

When asked about Putin's statement on the issue, the Kremlin said it was wrong to get hung up on Putin's exact words and that he had not been referring to the chronological order of events.

“He (Putin) meant that, overall, the demands of the law had later been violated,” Putin's spokesman, Dmitry Peskov, said.

Navalny says the charges against him were trumped up to thwart his opposition to the Kremlin, something it denies. He has also accused Putin of ordering the poisoning, an assertion the Kremlin also dismisses.