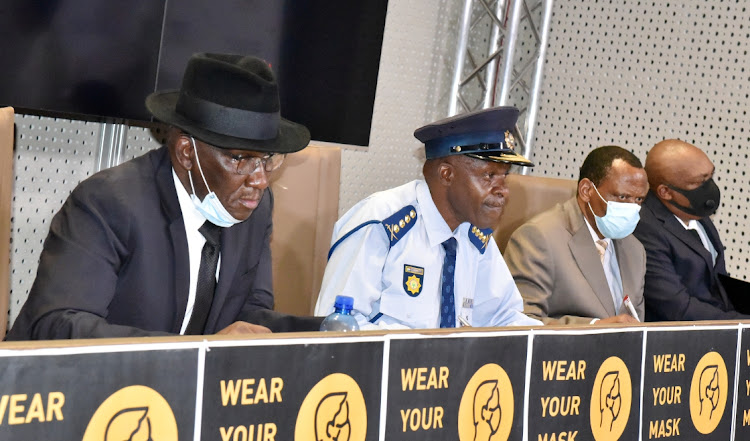 The SA Policing Union has called on President Cyril Ramaphosa to intervene in what it calls the “feud” between police minister Bheki Cele and national commissioner Gen Khehla Sitole.

In a letter dated June 17, the union — which represents some 80,000 officers — said that there was a “less than cordial relationship” between the two, some of if playing out publicly, “much to the embarrassment of the nation”.

“This posture from the minister should have been an early wake-up call that he will find it difficult to morph from his previous position as a national commissioner to a minister who must oversee the department as an executive functionary,” reads the letter, signed by general secretary Tumelo Mogodiseng.

Police minister Bheki Cele told Parliament on Wednesday that the country had lost 665 officers to Covid-19, while more than 30,000 tested positive ...
News
11 months ago

The letter further criticises Cele as someone who “feels himself more apt to be seen as operationally in command” — and is critical of his much-criticised actions on the Western Cape beach during the festive season lockdown.

“As the president of the country, Mr President, it is incumbent upon you to intervene in the matter as both appointees serve under your will and direction. For a minister to patrol beaches during the lockdown and to give operational instructions for arrests to be effected, leaves a lot to be desired.

“The minister should leave the operational management of the [police] service to the national commissioner and his officers and rather focus on strategic issues as enjoined by the constitution and the SA Police Service Act,” Mogodiseng's letter reads.

The union is also critical of Cele for the slow process of restructuring the police service, which it said was meant to be completed by April 2021. The union said the delay was “mainly due to the interference of the minister in a purely human resource exercise, wherein the minister has no role to play”.

Police minister Bheki Cele's office on Tuesday disclosed that 17,000 comments have been received regarding the proposed changes to SA's gun laws.
News
1 year ago

“Mr President, you are humbly requested to call all the role players to order, especially the minister, who must be appraised that he is no longer holding the position of national commissioner, a position that he was unceremoniously removed from by the former president.

“You owe it to the country, as well as to the women and men in blue who are policing this country under very difficult conditions, to create stability at management level of SAPS,” the letter ends.