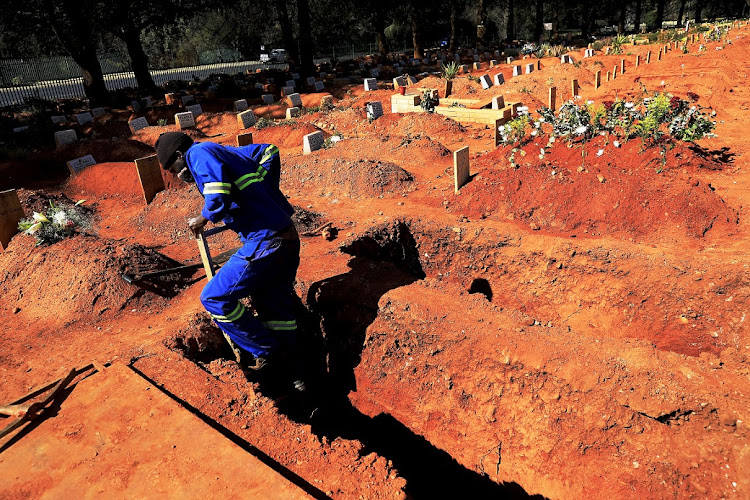 More than 60,000 people have now died in South Africa as a result of Covid-19. File picture.
Image: ALON SKUY

South Africa reached another grim Covid-19 milestone on Monday, as more than 60,000 people have now died since the outbreak of the coronavirus pandemic in South Africa in March last year.

The National Institute for Communicable Diseases (NICD) said on Monday that there were 138 deaths recorded in the past 24 hours, taking the total fatalities to date to 60,038.

There have also been an increase of 512 hospital admissions in the past 24 hours, meaning that there are now 11,801 people being treated in South Africa's hospitals.

Lise Jamieson, a senior researcher for the Health Economics and Epidemiology Research Office — which is part of the Wits Health Consortium at the University of the Witwatersrand — said that, as of Monday evening, every single district in Gauteng had a “seven-day total incidence which is now higher than the peak of the second wave”.