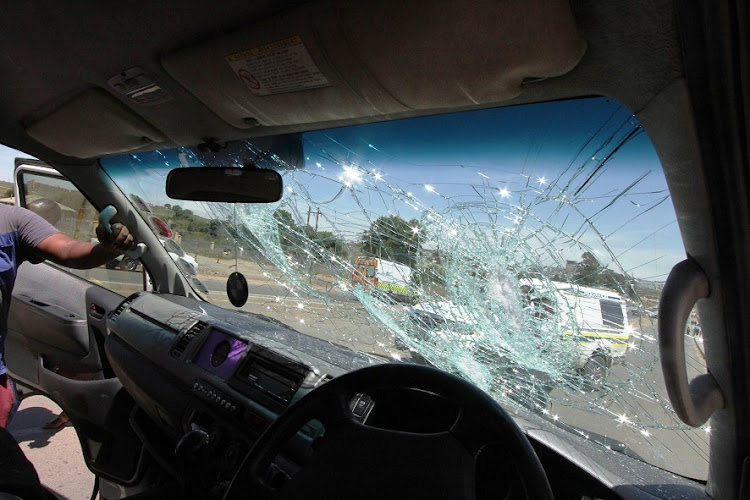 A suspected serial killer allegedly linked to killings in the taxi industry has been arrested. File photo.
Image: Lulamile Feni

The 37-year-old was arrested on Monday in Katlehong, Ekurhuleni, provincial traffic police said.

During his arrest, the suspect was allegedly found in possession of an unlicensed firearm and live ammunition.

The investigation into the suspect and his alleged role in taxi violence is ongoing. He is expected to appear in court soon to face charges of murder, illegal possession of a firearm and live ammunition.

The Gauteng taxi industry has recently been hit by violent killings of taxi owners and operators.

According to police, the suspect has already been linked to a fatal incident outside the Pretoria pathology services in Tshwane last year, when a traffic officer and a police officer were injured. One person was killed in the incident.

A taxi driver who chased a vehicle that later collided with an oncoming vehicle, causing  the death of five people almost seven years ago, was ...
News
10 months ago

“The Gauteng traffic police commend the work of the members belonging to the public transport intervention unit and police in the province for acting swiftly to arrest the suspect linked to a series of killings in the taxi industry,” said spokesperson Sello Maremane.

“The Gauteng traffic police will continue to enforce law and order in the taxi industry without fear or favour. We are confident the investigation team will unearth more information to ensure the suspect receives a harsh sentence.

“We appeal to taxi operators not to take the law into their own hands by killing each other in an effort to resolve their conflicts.”

Taxi drivers next for vaccines? Mbalula says yes, but after teachers

The second phase of the Covid-19 vaccine rollout will be expanded to taxi drivers, says transport minister Fikile Mbalula.
News
10 months ago

Why jab teachers, who are at less risk than taxi drivers?