‘Never before has the judicial process been so threatened’: Constitutional Court’s scathing Zuma judgment 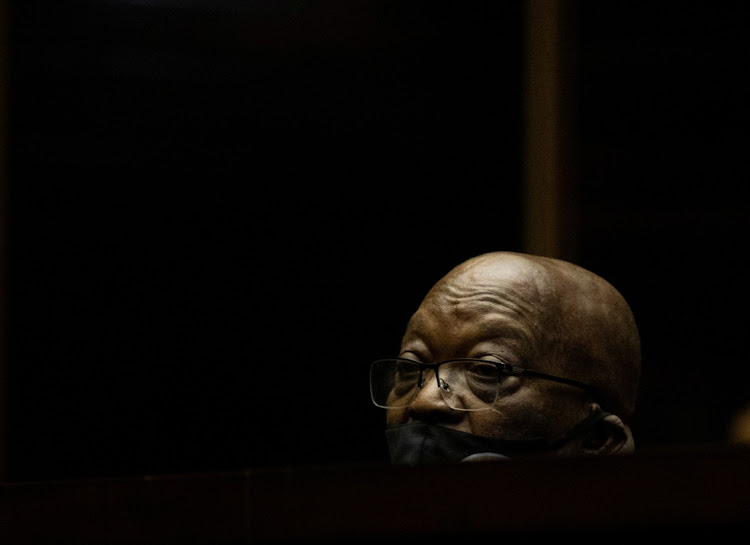 “Never before has the judicial process been so threatened,” said acting deputy chief justice Sisi Khampepe when ordering former president Jacob Zuma was in contempt of court and sentencing him to 15 months direct imprisonment.

Handing down the court’s decision on behalf of the majority of the highest court, Khampepe said no-one was above the law.

“If with impunity litigants are allowed to decide which orders they may wish to obey and which they wish to ignore, then our constitution is not worth the paper on which it is written.”

The decision follows the former president’s defiance of an order of the Constitutional Court in January to comply with the lawful summons and directives of the state capture inquiry. When the inquiry summoned him to give evidence from February 15, he did not appear.

Former president Jacob Zuma has been found guilty of contempt of court.
News
3 months ago

Instead he released public statements attacking the inquiry and the integrity of some of the country’s judges.

Khampepe said these statements were unfounded and went beyond what could constitute legitimate criticism of the judiciary.

“His attempts to evoke public sympathy through unfounded allegations fly in the face of reason and are an insult to the constitutional dispensation for which many women and men fought and lost their lives,” she said.

In handing down judgment, Khampepe also clarified that when the Constitutional Court issued directions after the hearing to give the former president a further opportunity to address it on mitigation of sentence, it was not treating him differently to others but according to the principles of a fair procedure.

“The Constitutional Court went to great lengths to safeguard Mr Zuma’s rights. Consequently there is simply no sound nor logical basis on which Mr Zuma can claim to have been treated unfairly,” she said.

She also said an order that would give Zuma one last chance to testify before the inquiry would be naive.

Zuma had “repeatedly reiterated he would rather be imprisoned than co-operate with the commission or comply with the order,” she said.

“Accordingly, it defies logic to believe a suspended sentence which affords Mr Zuma one final opportunity would have any effect other than to prolong his defiance.”

Khampepe said the only appropriate sentence was direct imprisonment.